What happens to birds after they are released from the National Bird of Prey Hospital™?

Each year, the Trust admits dozens of sick and injured birds into its National Bird of Prey Hospital™. After receiving expert veterinary treatment and rehabilitation, many of these birds are then released back into the wild. As part of an assessment of the success of our treatment and rehabilitation programme, all released birds are fitted with a BTO metal ring. Several of these birds (usually Tawny or Barn Owls) have since been re-encountered during checks of local nest boxes. Although useful, the low recovery rate of ringed birds means that it can take a long time to generate enough data to make a thorough assessment of the success of rehabilitation. A more direct approach is to use radio-transmitters to monitor daily movements of released birds.

We are now continuing this work using rehabilitated Buzzards. Only those birds more than two years old and found less than 25km from the Trust are included in this study. This is because young Buzzards are prone to disperse more than 20km in their first 18 months, whereas adults tend to stay within the same territory. The transmitters we are using have a maximum range of approximately 10km, and so we have a better chance of maintaining contact with adult birds. The transmitter is attached to one of the central tail feathers, and will eventually be shed when these feathers are moulted.

The first bird released with a transmitter had been in rehabilitation at the Trust for almost a month, having been brought to us after being found alongside a road. It was released near to where it was originally found, near Collingbourne Kingston on 3 July (white marker on the above map). On release, the bird flew strongly to the north before heading due east. It was relocated later the same day at Brokenway Copse, an 8.4ha area of woodland 3km east of the release site. Daily checks by our intern, Abigail Maiden, have revealed the bird to be spending almost all of its time in the vicinity of the same stretch of woodland, occasionally being seen in nearby roadside trees or soaring over the area. On most days since settling in its current location, the bird has been recorded interacting with a juvenile Buzzard. Our bird looks healthy and, more than eight weeks after release, it appears that its rehabilitation has been successful.

The video below shows when we released this Buzzard back to the wild:

Some of our sightings of the Buzzard post-release: 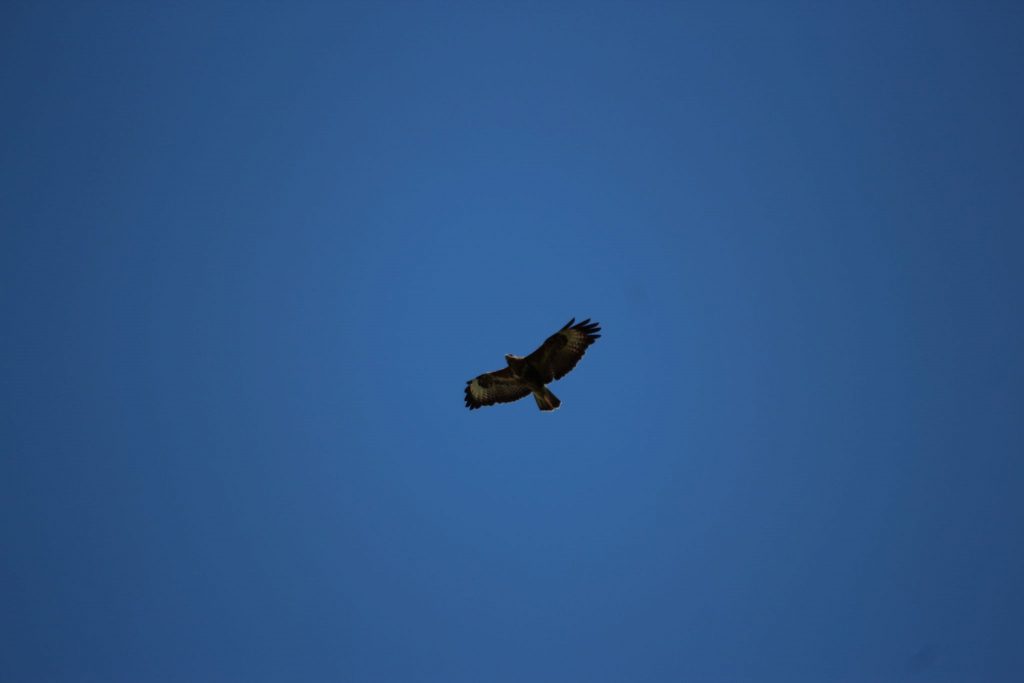 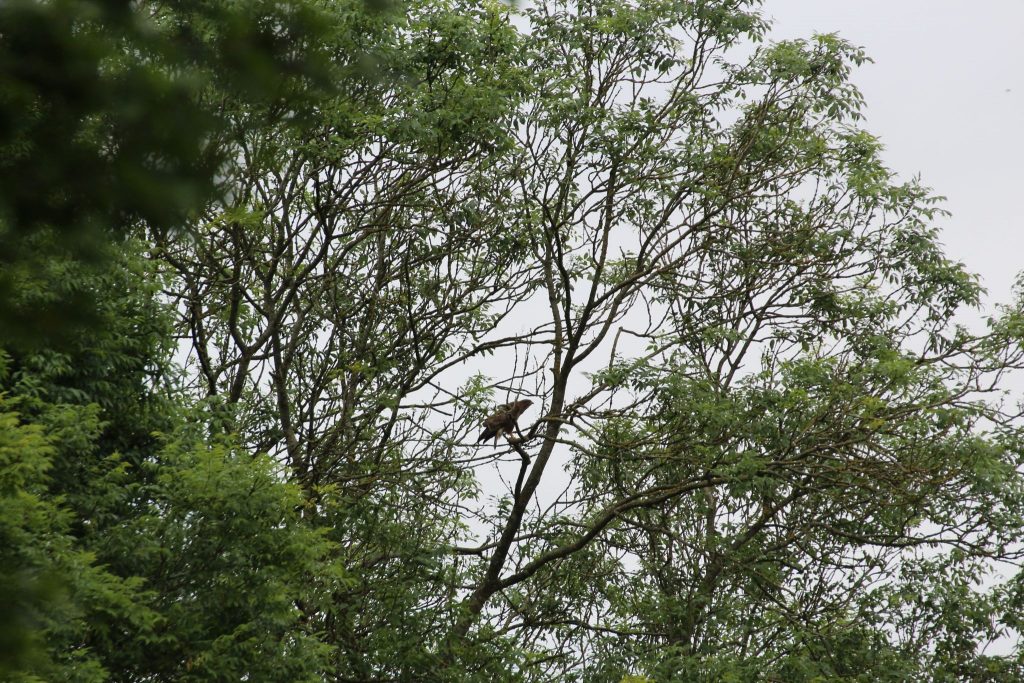