Buzzards were lost from many parts of the UK due to ongoing persecution, a crash in prey populations and the impacts of pesticides in the 1960s and 70s.

Since then, the UK has improved its wildlife conservation, banning organochlorine pesticides and increasing public awareness. This has all led to a significant rise in Buzzard population size and range, and they are now recolonising many areas of the UK, as shown by our recent research by our Conservation Biologist, Dr Matt Stevens, and Head of Conservation and Research, Dr Campbell Murn, published in the British Trust for Ornithology’s scientific journal, Bird Study. 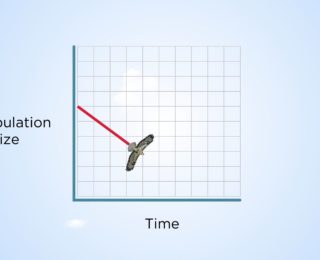 Watch our short animation about this research 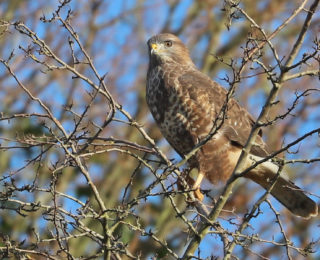 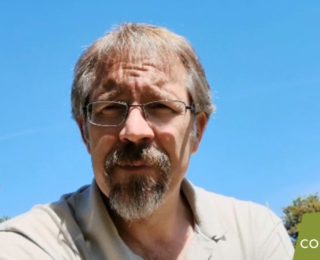 How did we conduct this research?

Since 2010, the Hawk Conservancy Trust’s UK Conservation Biologist, Dr Matt Stevens has been collecting data on the distributions of Buzzards across central-southern England.

This research is particularly interesting because it is the first time that densities of Buzzards have been calculated using an intensive distance sampling method. Previous estimates have been derived from breeding bird surveys to create an index of population change. Using this robust method, data were collected between 2011-2016 in Wiltshire, Hampshire, West Sussex and Surrey. Since then, Berkshire and parts of Wales have been added and work is now being expanded into Buckinghamshire, Oxfordshire and Kent.

During the first part of the project, Matt walked 4,500km along pre-determined routes to observe and record sightings of both species. Matt enlisted the help of volunteers for the expanded project and so far, they have walked a further 2,000km. This amounts to 296 transects over the study period from Autumn 2011 to Spring 2016. 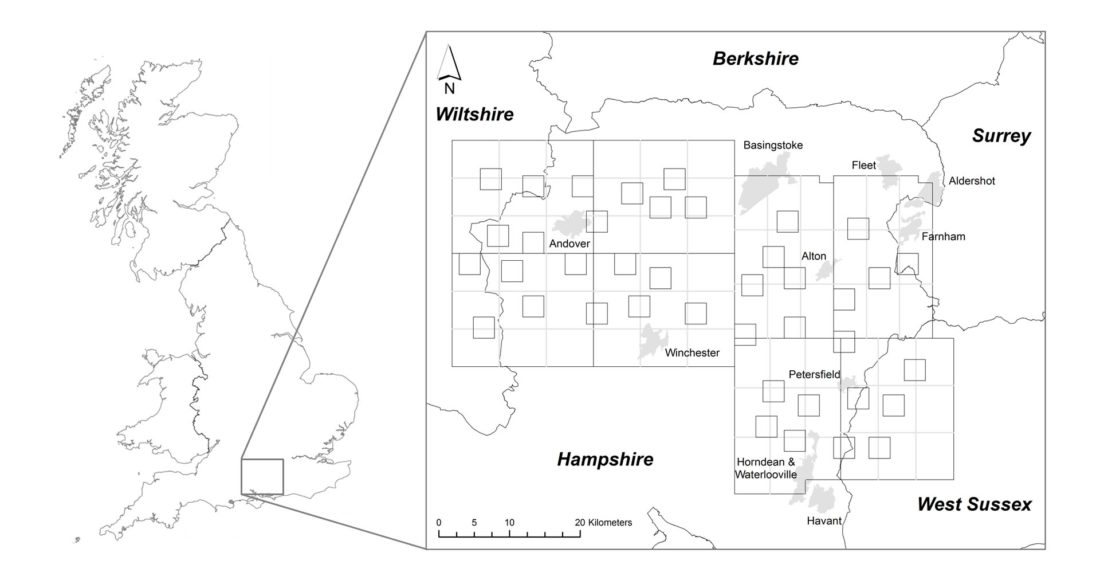 Our results in more detail

The paper shows that Buzzards densities in central southern England increased from an estimated 2,883 individuals in 2011 to 4,485 in 2016; the population size of this previously persecuted raptor species in central southern England has increased by more than 50 percent over the five-year study period. This is fantastic news for Buzzards in the UK, however the previously high rate of population growth appears to be stalling. The Buzzard population trends our research found of increases from 2011-2016 slowing to a decline from 2016-2017 closely mirror results found for the same period by the British Trust for Ornithology (BTO) Breeding Bird Survey.

The population size is lower than in mid-Wales and significantly lower than in a similar habitat in central Europe indicating that there are factors limiting population growth of Buzzards in southern England. These factors include:

There may also have been a potential increase in illegal persecution in response to the perceived predation pressures on game bird populations from increasing Buzzard abundance. 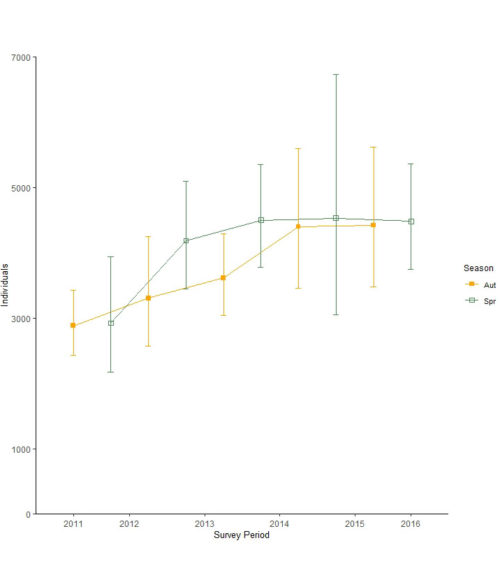 The next phase of this research will focus on producing density estimates of Buzzards, which is how many Buzzards live in a particular area, using the same robust methods of distance sampling across a larger area. This will help us to compare the population estimates for southern England with other areas across the UK and directly compare these results with those from the BTO Breeding Bird Survey. This will also mean we can assess the use of distance sampling more thoroughly, and investigate whether we can enlist the help of volunteers on a broader geographical scale.

Tracking population growth of Buzzards, and other birds of prey, will also allow us to relate the changes to factors that may be affecting the growth, such as human population expansion, change and loss of suitable habitat for birds of prey, climate change, and any changes to wildlife protection laws as well as levels of persecution and the level of public awareness, understanding and interest in these species. This all relates back to our mission to conserve birds of prey and their habitats. In addition, this type of monitoring gives robust and useful data that may also be useful to apply in other areas, for example in collaboration with academic institutions and universities.

How can we help Buzzards?

Whilst the increase of these beautiful birds in our British countryside is good news, these results highlight that they are still having a difficult time. For example: during the study period, three percent of Buzzards admitted to the National Bird of Prey Hospital™ were shot and a significant number were found to have been poisoned by rodenticides. Here are some ways you can help:

You can help
Donate to our conservation and research work with British birds of prey
©2022 Hawk Conservancy Trust
Cookies
We use cookies on our website to give you the most relevant experience by remembering your preferences and repeat visits. By clicking “Accept”, you consent to the use of ALL the cookies. However you may visit Cookie Settings to provide a controlled consent.
Cookie settingsAccept
Manage consent