Migration is one of the most dangerous times for birds, and populations of many migratory species are in rapid decline. This is also the case for the Egyptian Vulture, the only true migrant among the Old World vultures, and an Endangered species. There are two distinct populations of Egyptian Vulture, one across Africa, the Middle East and Europe and the other in central and south Asia. A big challenge with conserving migratory species is that birds often encounter different threats in the different areas they spend their time. This can be in the breeding grounds, where they spend the winter, or along their migration routes. The variation in the threats Egyptian Vultures face is well studied for the population in Europe, Middle East and Africa, but very little is known about the threats to Egyptian Vultures that migrate in central Asia.

This project aims to address this critical gap in knowledge, so we can understand the threats they face and how to effectively implement conservation actions for this Endangered species.

This exciting project is tracking Egyptian Vulture movements in central Asia for the first time ever and we are delighted to be involved. This invaluable research will help us to understand more about this Endangered species and how we can ensure its survival in central Asia. We are involved by helping to fund satellite tags to fit to some of the vultures, and by sharing updates and news on the project.

This research is being carried out in Uzbekistan, as it is the perfect location to focus on migratory birds in the central Asian population and is the only country in central Asia with a recently updated National Action Plan for Egyptian Vultures. Uzbekistan is also at the crossroads of two major migration flyways used by many bird species, so research on migration routes and major threats along those routes is beneficial for a number of birds of prey and other species using the flyways.

The fieldwork takes place in the Kyzylkum desert, where the field team have identified areas where Egyptian Vultures are nesting in order to find young birds to tag. Juvenile birds are fitted with GPS satellite tags just before they fledge from their nest, so their movements as they migrate can be tracked. The tags use cutting-edge satellite telemetry technology to track the birds’ movements, give us multiple GPS points per day, and will last for more than three years. This will provide us with a wealth of extremely valuable data and information about the timings and routes of their migrations.

The project will take place over several years, with plans to tag multiple birds each year, to gather as much data about their movements as possible.

In August 2021, the team successfully tagged three juvenile birds, Arys, Anya and Timur and we are very excited to be able to share the results of their movements as they flew south for winter.

In 2022, the team was able to tag five more individuals including the first adult, a female named Sophia at five years of age who was trapped in dump site near the town of Kitab. This will hopefully give us some useful insights as to routes the more experienced birds take during migration. 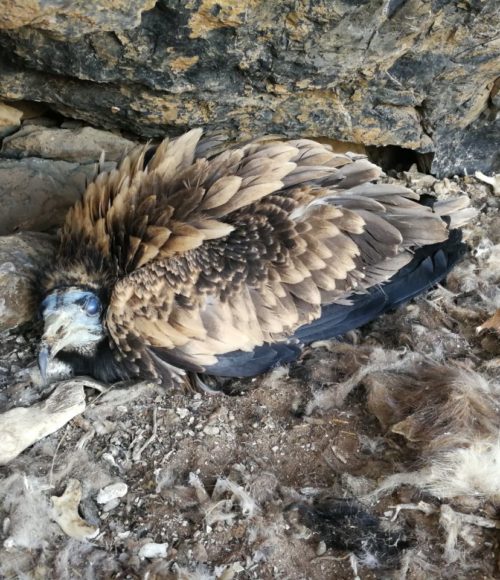 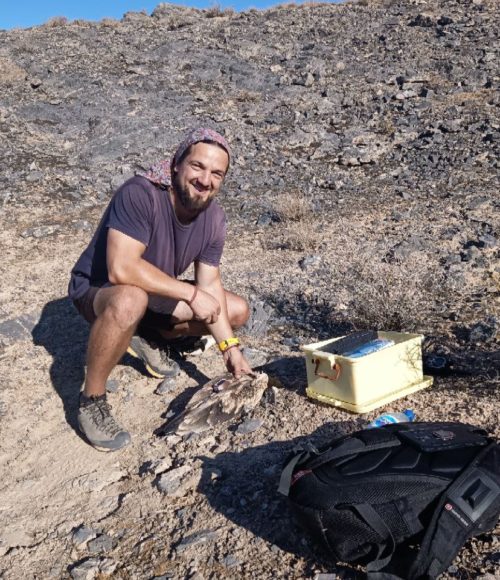 Each of the first juvenile birds that were tagged took very different routes after leaving their nests, with some surprising results! Two of the birds, Arys and Anya, took relatively similar routes, through Turkmenistan, Afghanistan and Pakistan, with both ultimately concluding their inaugural journeys to winter in northern India. Timur, however, took a very different route, with an incredible 6200km journey in total. After leaving Uzbekistan and passing through Turkmenistan, he made a much longer journey further to the west with several stops, pausing in Iran, then continuing around the Persian Gulf through Iraq, Kuwait, Saudi Arabia, eventually reaching Yemen in late November 2021.

So far, we have learnt that the picture is much more complex than we anticipated. This ground-breaking research is absolutely vital for the future conservation of the species. We look forward to seeing the routes from the birds that were tagged this year and how they compare to the first three juveniles tagged, especially the results of our adult Sophia.

Our support will help to fund satellite tags for the birds, along with Oriental Bird Club and the Ornithological Society of the Middle East.