June has proved to be a devastating month for the team at Hawk Conservancy Trust, near Andover, as they learned of more than 500 vultures killed in less than a month. More worrying now is the real concern that the Trust’s previous scientific predictions of vulture extinction are highly likely to occur earlier than calculated due to the continuing actions of poachers.

The Hawk Conservancy Trust, which operates international research and conservation projects for many bird of prey species, has learnt of four poisoning attacks in Africa since 7th June – the worst being southeast of Chobe National Park, Botswana. Three elephants that had been killed for their ivory were laced with poison and a staggering 537 vultures who fed on the elephant carcasses died. Although the site is still being assessed, early accounts show that all vulture species were affected with the worst hit being the White-backed Vulture.

In a separate incident last week, 27 vultures were found dead in poison-related incidents by a local landowner in Zululand, northern KwaZulu-Natal. Here 23 African White-backed Vultures, three Lappet-faced Vultures and one White-headed Vulture were killed, all of which are listed as endangered or critically endangered. The Trust believes that the White-headed Vulture lost was the last one known to be in Zululand, very likely making this species now extinct in this area.

Dr Campbell Murn, Head of Conservation and Research at the Trust and African Project Officer Andre Botha (also Vultures for Africa Project Officer at Endangered Wildlife Trust) have committed themselves tirelessly to combat the effects of vulture poisoning in Africa. Their work monitoring vulture populations in southern Africa over the last decade means that they have come to know some of these birds individually. So the attacks are even more devastating, as Andre tells us: “News of this poisoning in Zululand was particularly upsetting for me as one of the Lappet-faced Vultures that was killed was one that I fitted a wing-tag to in 2015 and have been monitoring closely ever since. Only last month I received a photo of this bird looking healthy and just a year away from reaching maturity with the promise of finding a mate to breed with – all which would have helped in the fight to keep this vital species in existence.”

Vultures are key species in ecosystems where they occur and are the ‘clean-up crew’. They consume more dead animals than other scavengers and play a major role in nutrient recycling. What’s more, they have an important role in minimising diseases that impact local wildlife and human communities due to their speed at cleaning carcasses.

Explaining the reasons why vultures are targeted Dr Murn said: “The poachers lace the elephant carcasses with poison to deliberately wipe out the vultures, because whilst circling overhead, they are a visible signal to the authorities that a poaching crime has been committed. Another reason why vultures are targeted is for witchcraft and the collection of vulture body parts for belief-use purposes.”

“The critical fact here is that neither elephants nor vultures in Africa can sustain these losses. My research published in 2017 assessed the risk to critically endangered vultures from poisoning from elephant poaching and predicted that continued poisoning would cause large population declines of between fifty and one-hundred percent in almost all cases. In more than one scenario, the average time to extinction was estimated to be only 50-60 years. Two years on from this research and the reality is much worse – we are now at crisis point and seeing localised vulture extinction far sooner than expected.”

Hearteningly, the same research by Dr Murn also showed that where field staff are trained and equipped to neutralise poisoned carcasses and limit poison-related mortalities, the probability of local populations going extinct is reduced significantly. These important research results underpin the Hawk Conservancy Trust’s work of providing Poison Response training and kits to field staff in southern Africa, along with Endangered Wildlife Trust and Reading University.

This poison response initiative has been in place since 2016 and gives hope to limiting the catastrophic impact of vulture poisoning, yet there is more to do.  With limited support and resources, the poison-response skills have yet to reach all the key strongholds for African vultures. It is vital to equip the field staff rapidly with the skills and tools they need in order to provide any chance of maintaining any vulture populations and avoiding total catastrophe – the extinction of these birds.

There has never been more of a need to act than now. With the support of the British public, so well known for their love of wildlife and the natural world, there is hope that the effects of vulture poison will be limited by increased poison response activity.  For those who would like to support or know more please visit https://www.hawk-conservancy.org/prk/

Photos shown are from previous poisoning incidents in South Africa and Mozambique. 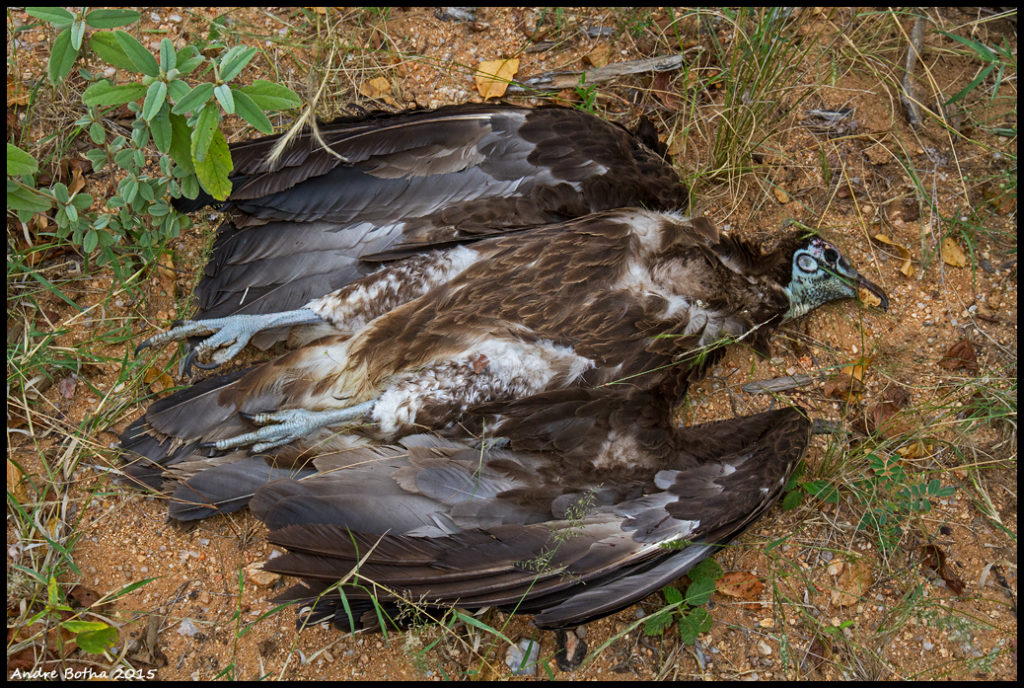 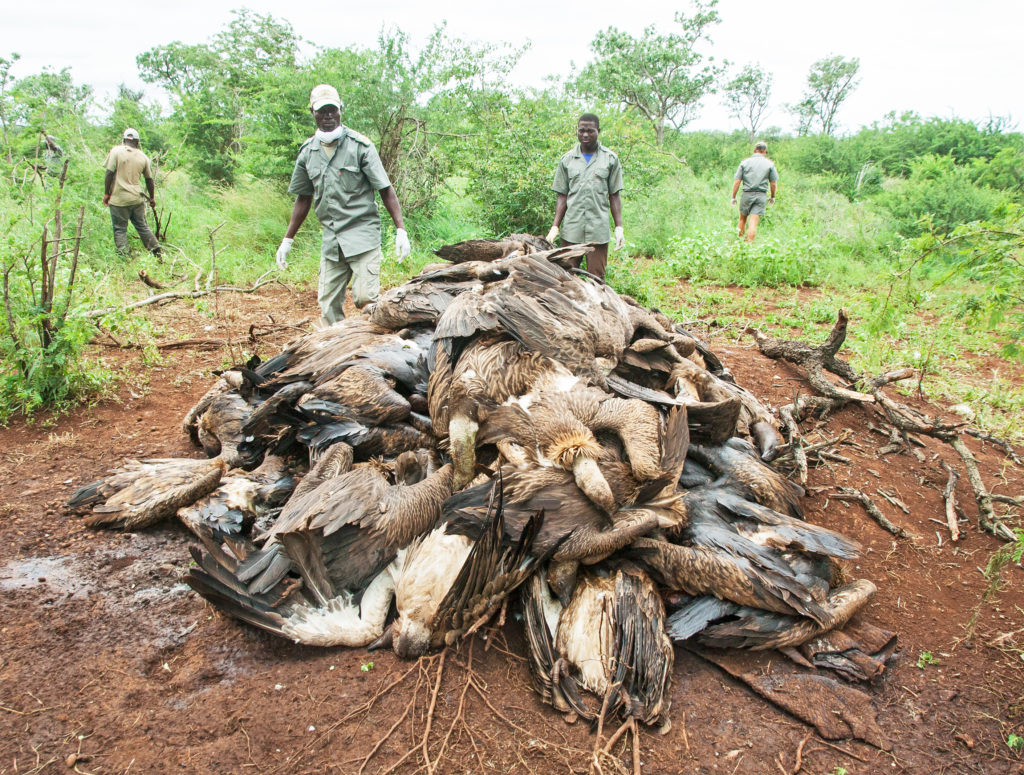