Last month, Lawrie Hills joined our team as an intern in the Conservation and Research department. He’s already got stuck in to a variety of different projects so we’ve been catching up with him to find out a bit more about his work:

“My name is Lawrie Hills and I am a Conservation Biology graduate from the University of Kent. My special areas of interest are bird and reptile conservation, and for my Masters thesis I studied an adder population in south-east England. I am lucky to have been given the opportunity to intern at the Trust this summer.

During my time at the Trust my main responsibility will be to conduct small mammal surveys across three sites in north-west Hampshire. Small mammals, particularly rodents and shrews, are an essential component of many ecosystems. As they often exhibit dramatic changes in population size in response to fluctuations in environmental conditions, they have a profound effect on predator populations, including many native birds of prey. I will conduct surveys over a six-week period both on and off-site, to indicate whether the Trust’s grounds can act as a proxy for small mammal populations in the area. The traps will be placed in areas of rough grassland and wildflower meadows that represent suitable foraging areas for birds of prey. The traplines will also be placed in close proximity to nest boxes that support Kestrels , Tawny Owls or Barn Owls. The surveys will help to examine the differences in trap success and relative abundance between sites, and this information can be fed into the Trusts’ long term Raptor Nest Box Project, with a view towards examining the relationship between small mammal numbers and breeding success of birds of prey. All surveys follow a standardised small mammal trapping protocol that conforms to the relevant legislation and guidelines. All trapped individuals are quickly identified and weighed, before being released back into the wild.

During my time here I will also be helping to monitor on-site biodiversity. I am hoping to determine presence/absence of native species of reptile and amphibian. The Trust contains areas of chalk grassland, hedgerows and woodland as well as some small ponds, which may provide enough habitat for some of Britain’s more widespread species. The barriers to reptile colonisation may be significant, as the Trust is surrounded by intensive agriculture which means it is more difficult for wildlife to move in and out of the area. It may therefore be an island of suitable habitat that terrestrial animals are unable to find. We do however remain hopeful as I have already recorded Common Toads on site and there are historic records of Slow Worm. I have also already recorded Grass Snakes and Viviparous Lizard in nearby Chilbolton. In addition, I will be conducting visual searches to try and determine species occupancy. Invertebrates will also be recorded during these transects, which should help to contribute to the Trust’s species inventory.

Finally, I will be helping to examine some of the data collected during the Kestrel Sighting Count, a citizen science project set up by the Trust in 2013. Members of the public were asked to submit Kestrel sightings, which involved providing location details and an observation of the birds’ behaviour. The project was hugely popular and between 2013-2019 over 51,000 records were submitted, which included records from the middle east and the Atlantic Ocean!

I’m really enjoying my internship so far and am looking forward to getting some results from the work I’m doing.” 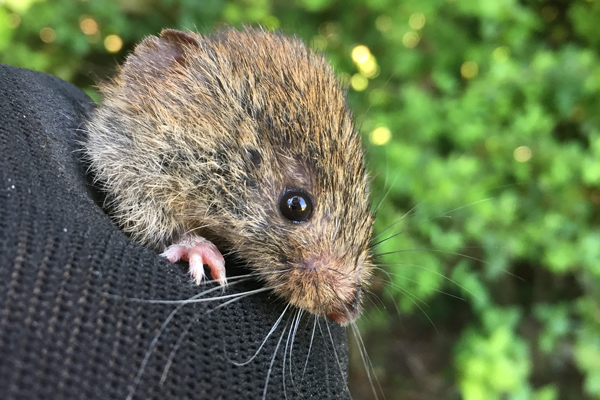 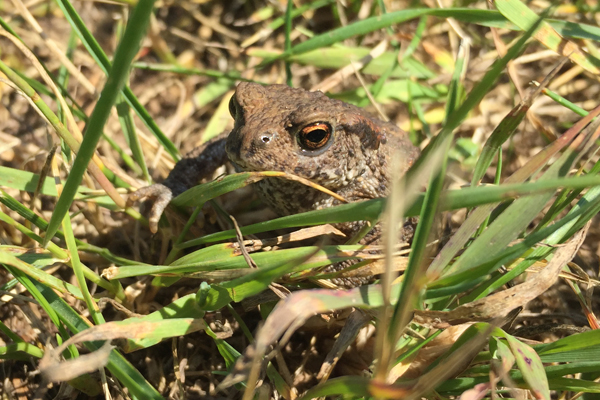