The seven acres of chalk downland was created in 1995 and named in memory of the Trust’s founder, Reg Smith. As well as being a stunning location to enjoy, Reg’s Wildflower Meadow, represents one of the greatest conservation achievements of the Hawk Conservancy Trust. It is a habitat of incredible diversity and is listed in the National Biodiversity Action Plan as one of 65 habitats that are a priority for conservation. English chalk downland meadow is rarer than tropical rainforest.

The meadow is a special place that changes so much throughout the seasons and year to year. Monitoring the species that reside there, volunteers Monica Johnson and Brigid Campbell have an intimate knowledge of these changes so we’ve caught up with them to look back on the fond memories they have of this special place.

Since opening in 1995, Reg’s Wildflower Meadow has faced sun, wind, rain, drought, frost, hail, snow and ice, but has battled on bravely through them all. From the day we began monitoring and listing in 2005 it has had me in its spell. There is always something to find, even on a bitterly cold or drizzly January day, when identifying tiny new plant leaves can be challenging.

We never know what species we will find. While the faithful Cowslips are always there, some species disappear and may return later, while new ones move in unexpectedly. We make no distinction between “flowers” and “weeds”- as the saying goes, “a weed is a wild flower growing in the wrong place”. One of our most special species is the Pyramidal Orchid. From a first single plant found in 2011, we counted an amazing total of around 40 in 2019.

On my knees among the plants I became fascinated by the variety of the meadow’s smaller inhabitants, the invertebrates, and soon became the resident “insect geek”. We have beautiful butterflies, brightly-coloured beetles, bugs, bees, grasshoppers, spiders and many others – I love them all! In 2015, we began overnight moth-trapping and have recorded over 350 species, some of which are nationally scarce. We have noticed a decrease in numbers over time, which seems to be the case all across the UK.

One of my favourite memories is taking an unusual route through the grass and seeing a single Common Spotted Orchid, the only time we have found this species. On another day I found a Brown Hairstreak butterfly, a declining UK species and relatively rare for Hampshire. I confess to having danced and maybe gibbered a little on both occasions, hopefully with no witnesses! Another highlight was finding Green Hairstreak butterfly, our only recorded sighting, then two fox cubs sitting on the path; both sightings sadly on the only occasion I monitored without taking my camera!

Whatever the weather, working in the meadow is a privilege. The flowers and wildlife are delightful, no two visits are the same and I cannot wait to be there to see what will come along next. 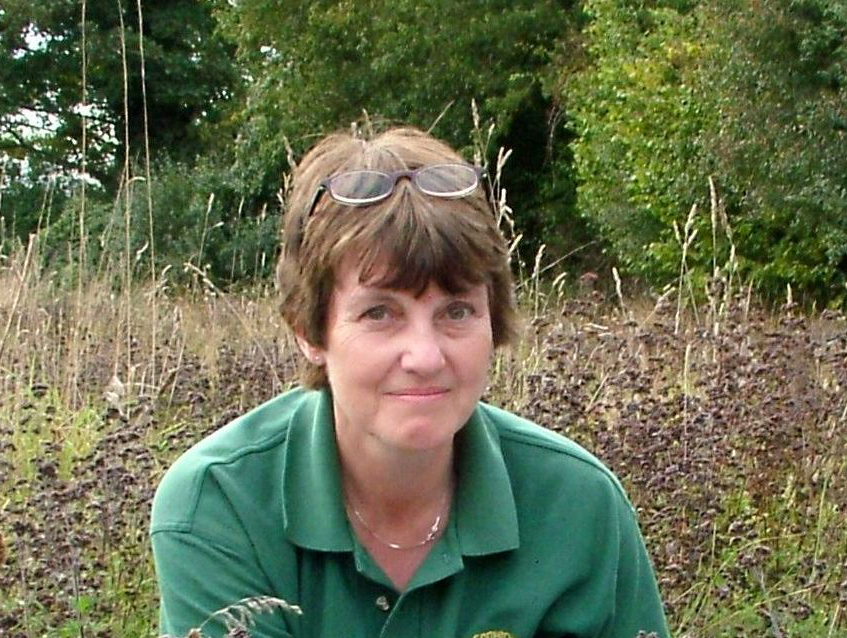 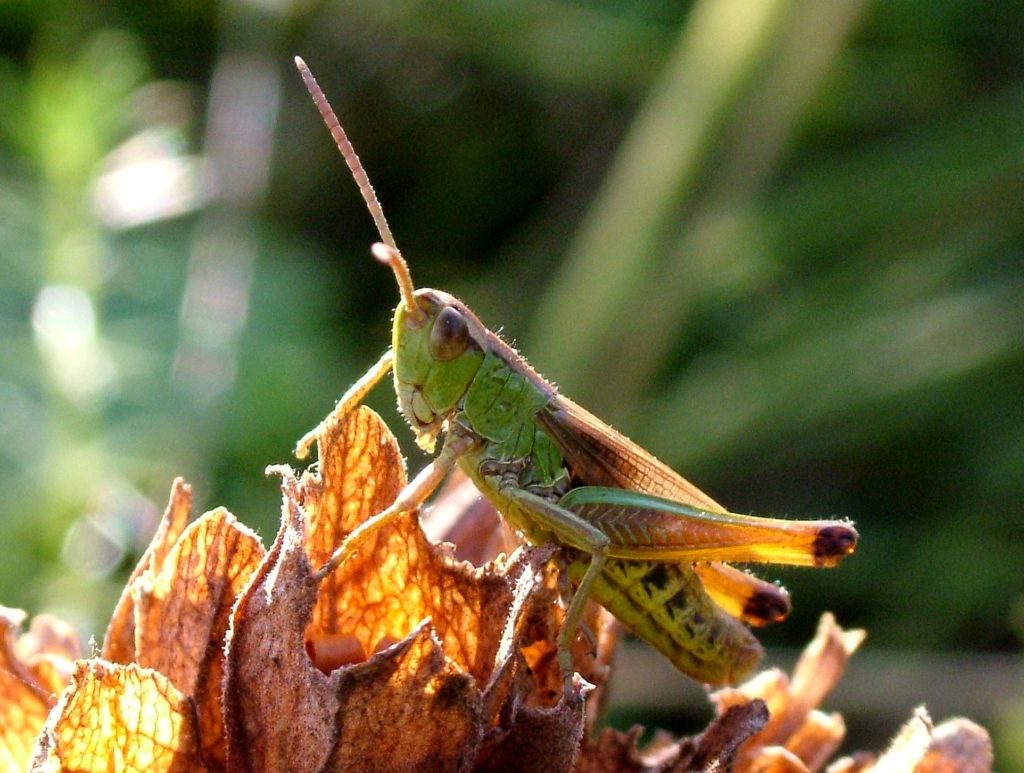 Memories of the Meadow by Brigid Campbell

I have been visiting the Hawk Conservancy Trust regularly since before the acquisition of the meadow; but it is only since that time that I have had a particular role and become a regular volunteer.

I clearly remember the first summer after its planting. It was a sea of three things: Ox-eye Daisies (the only one of the intended sowing that was visible that year); poppies and thistles. After that first year, and a sterling effort in thistle removal, the meadow started to evolve, and continues to do so. For a number of years now Monica Johnson and I have been trying to keep track of the evolution. It has been a great learning curve. Here are a few highlights from the species we have seen:

There have also been many temporary plants that turn up with new activity. There were many newcomers when the big mound at the end of the meadow was built, including the spectacular but highly poisonous Thorn Apple. Other plants turned up when the old pond was filled in the first time round and were gradually over grown.

Last winter, a great effort was made to turn over some areas of the meadow in the hope that we would see some opportunistic plants turn up this summer. I’m sad that I haven’t been able to get to the meadow yet this spring but am hopeful that I won’t miss the results of these efforts, perhaps when the Trust is safely able to open to the public again. 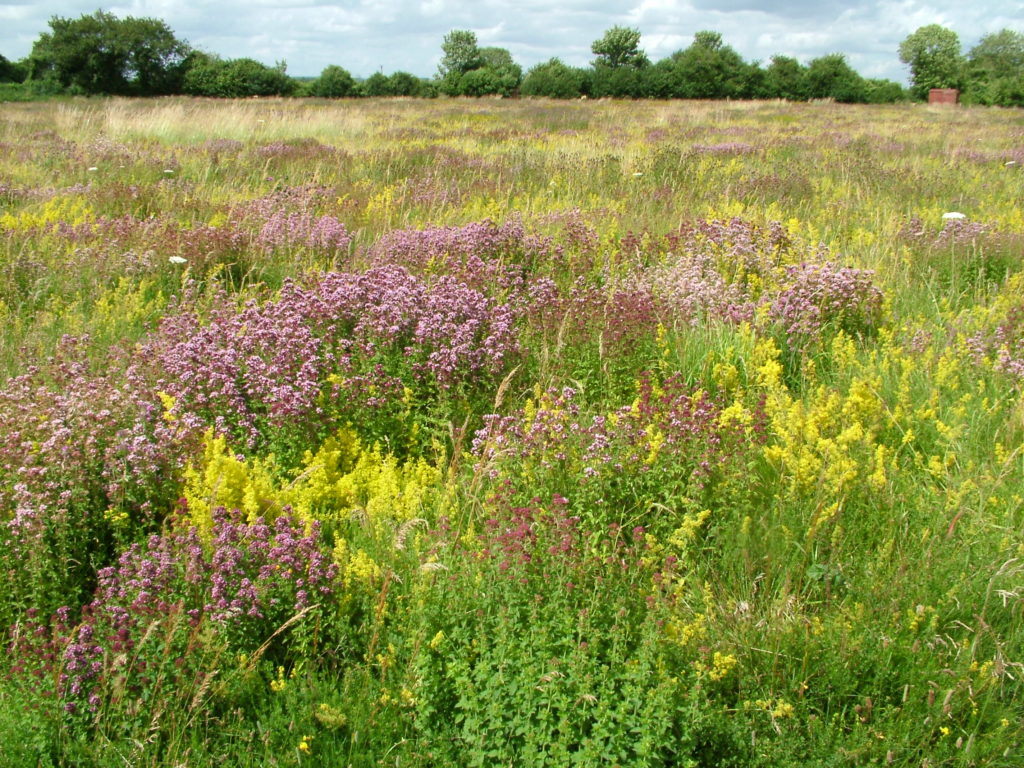 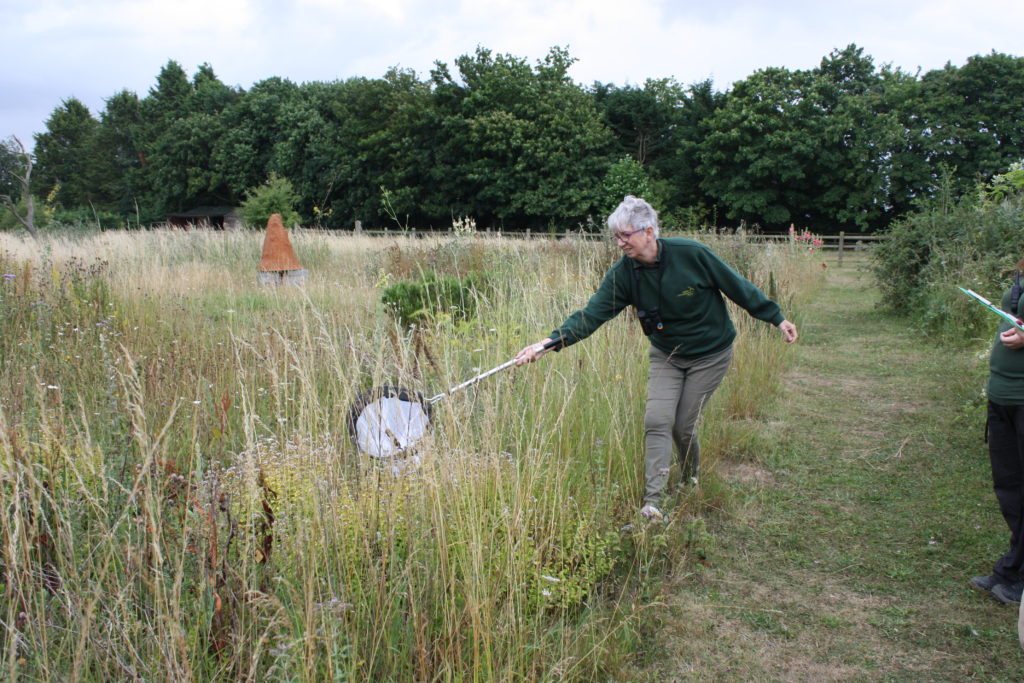