Read more about Nature’s a Hoot, and access resources, photos and insights from our second episode, ‘British Owls’. This episode delves into the magical world of owls; Tom and Hannah reminisce about the owls they have seen in the wild and share their tips on spotting owls where you live. Owls are a group of species that have captured our collective imagination for thousands of years, and some now need our help to survive in the wild. We tell you more about the owls species we find here in the UK, where you might be able to look or listen for them and the work we do at the Trust to conserve native populations in southern England.

Our Raptor Nest Box Project is aimed at four British bird of prey species with the overall conservation goal of maximising the population potential of the target species. The primary method is to increase nest site availability for these species in areas of otherwise suitable habitat. The four target species are: Barn Owl, Little Owl, Tawny Owl and Kestrel.

We also tell you more about the wild owls that come into the National Bird of Prey Hospital™ and how they are cared for until they can be released, with an interview with our dedicated Hospital Manager, Cedric Robert. Find out how long Cedric has been managing the hospital, and why he loves his work here. Did you know that more than 40 Tawny Owls can be admitted to our hospital each year; this is mostly because chicks are often found out of the nest before they seem ready. In fact, in many cases this is natural behaviour and the parents are still feeding the chick. However, we always recommend you give us a call so we can offer the best advice! Find out more about the National Bird of Prey Hospital™ and what to do if you find an injured or orphaned bird of prey.

Our Big Story this month is The River Otter Beaver Trial run by the Devon Wildlife Trust. In one of the most important moments in England’s conservation history, the Government announced that re-established population of beavers on the River Otter in Devon are allowed to stay in their wild home. Wonderful news for both conservation and tourism in Devon! Find out more about this landmark decision:

This episode’s Top Tip is to be kind to the biodiversity in your garden and use natural pest deterrents! Weed killer and slug deterrents contain harmful chemicals which can be fatal to wildlife, and pesticides have a huge impact on biodiversity. Try garlic or hot pepper spray for pests in your veg patch, copper tape to deter slugs and snails, or even attracting predators that feed on them such as toads, birds and hedgehogs!

Last month, Tom’s top tip was to just add water, and Hannah has taken his advice with a fabulous new wildlife pond. No frogs yet though! 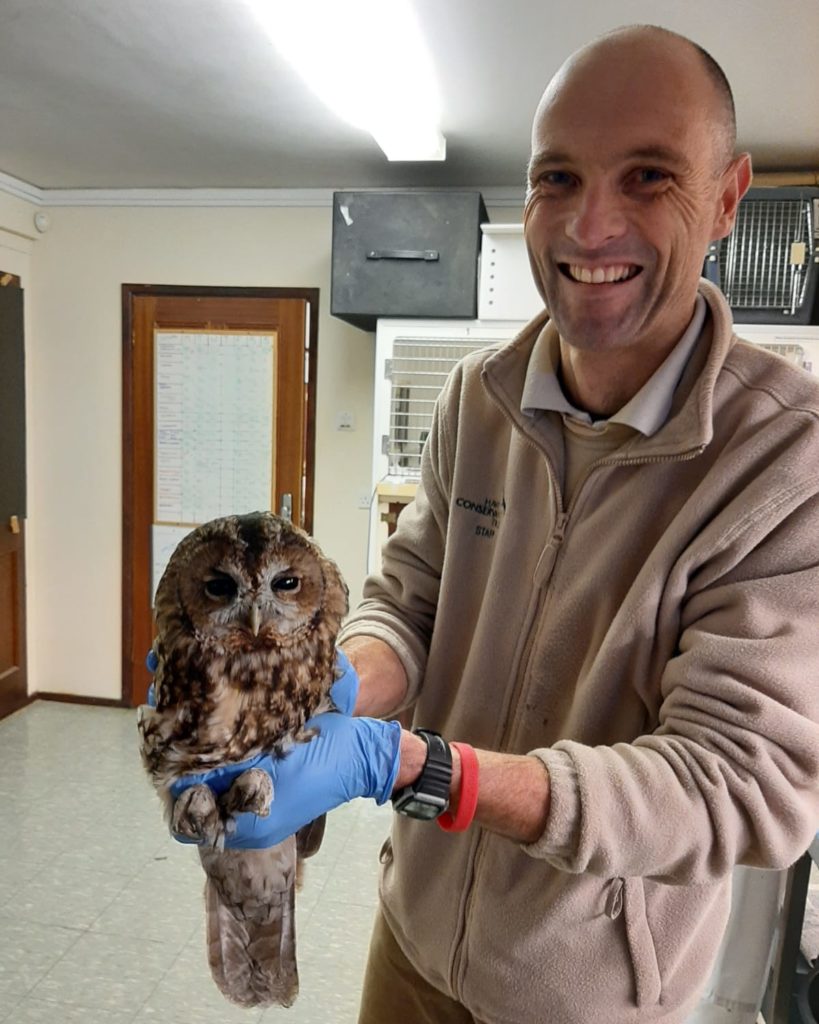 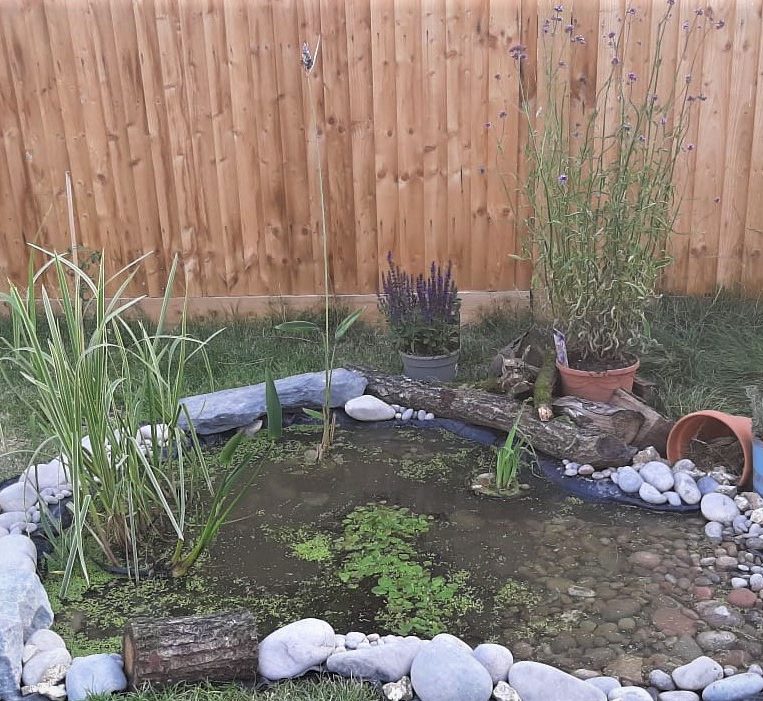 Cedric with a Tawny Owl in our hospital and Hannah’s wildlife pond – a work in progress!

To find out more about our podcast, and listen to British Owls and other episodes, visit our website.