Last summer we were excited to welcome a five-month-old Bald Eagle to our team. We named him Wallace (after naturalist Alfred Russell Wallace) and teamed him up with Simon Christer from our Bird Team to work with. We’ve caught up with Simon to find out how the past year has been for the pair:

“Wallace is the first eagle that I have ever trained and its been an incredible journey working together so far. The start of his training was all about spending time together so that I could gain his trust. So much of our work is built on building a bond with our birds, so this part of training is really important. It involved lots of time spent sitting with him on my glove and giving him as much food as he needed. Slowly, Wallace learnt that I was someone to quite like as I provided lots of food and the more we did this the more he learnt to trust me beyond just providing a meal. From there, the next step involved slowly walking around with him still on my glove so that he could get used to seeing lots of different things. 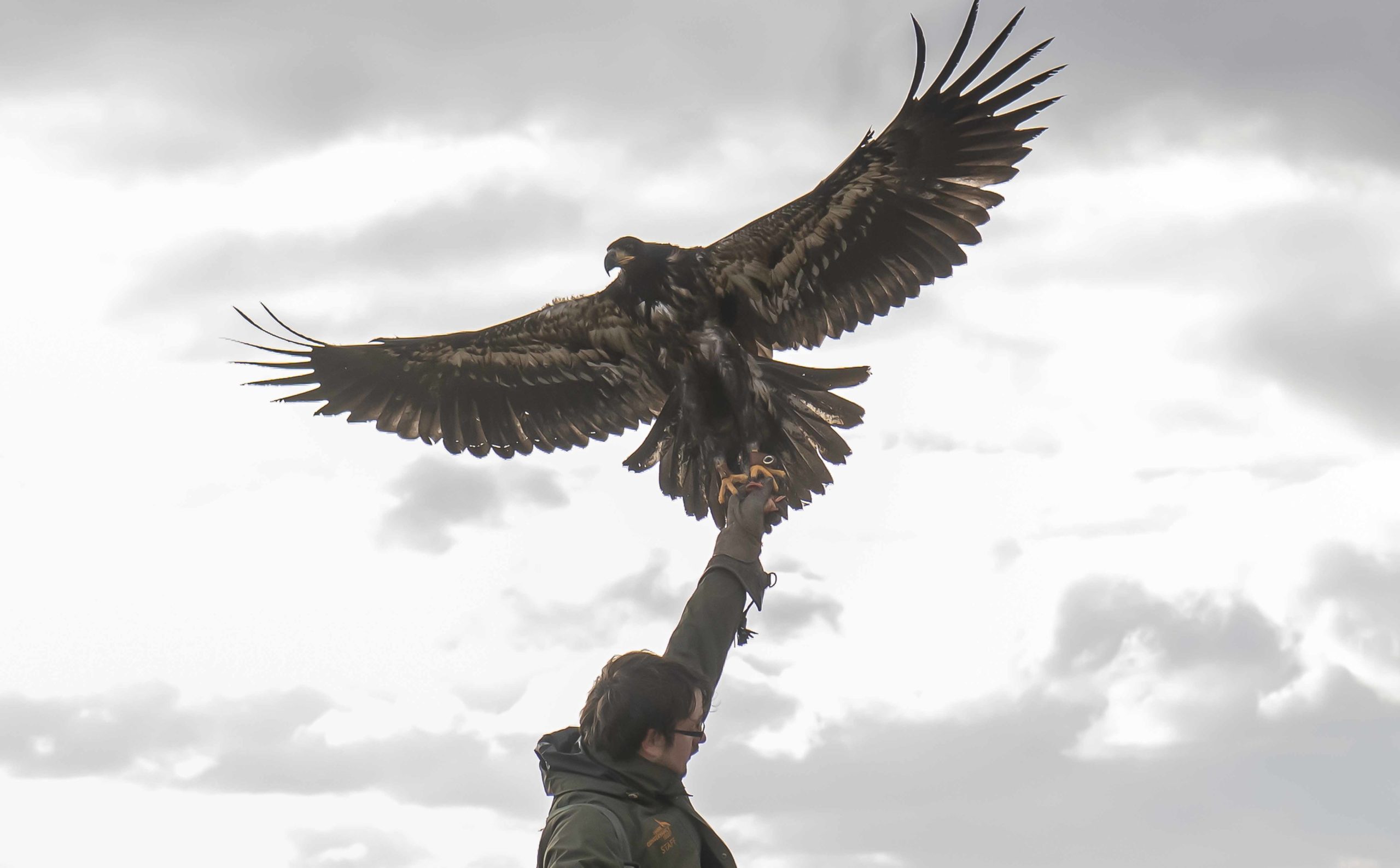 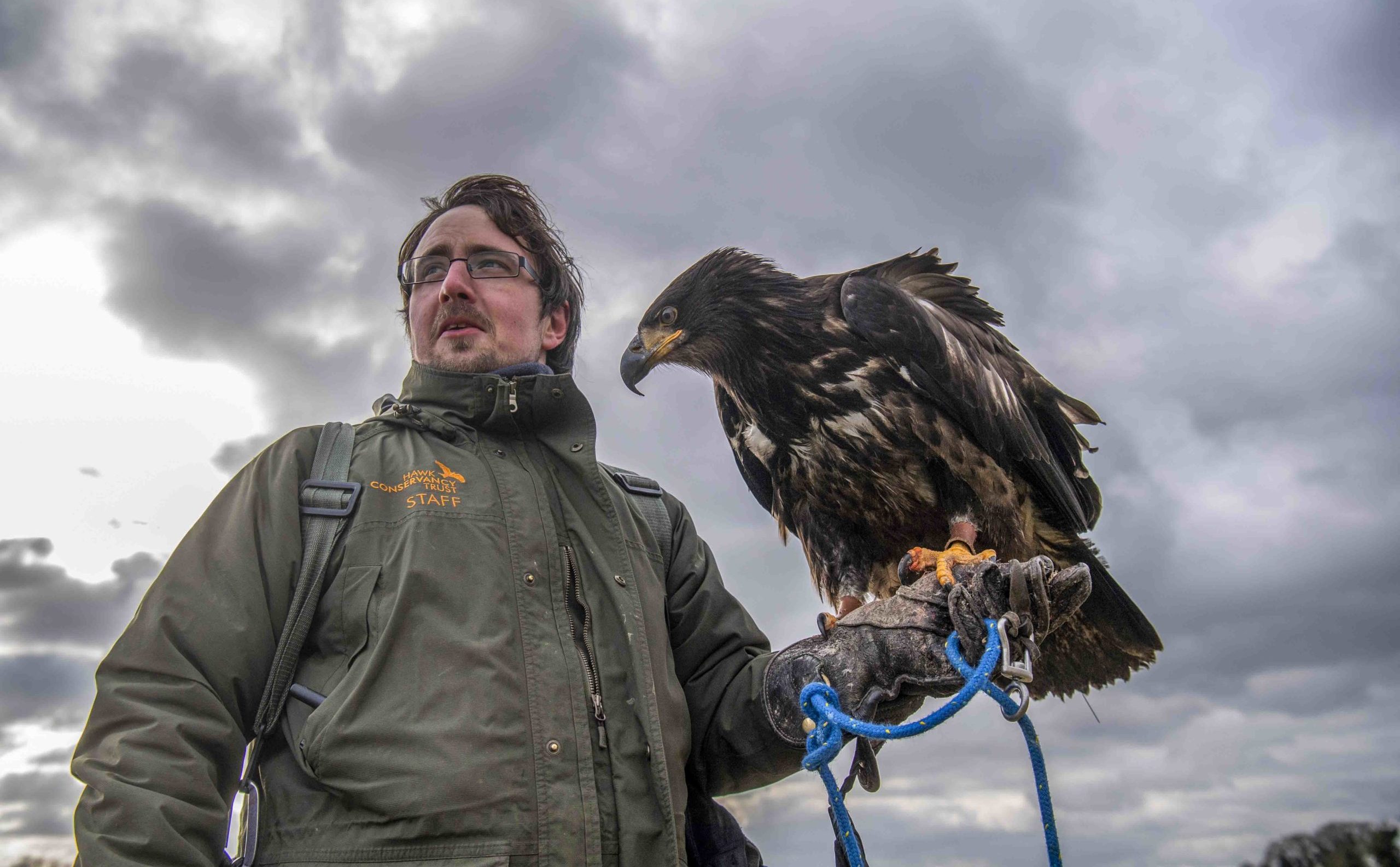 Once he was happy with all of these things, I moved on to encouraging him to jump on to my glove, initially at a very short distance but gradually increasing how far away I was. Next I put him on a creance (a long line that we use during training so that they can start flying to us but that if they get spooked or upset by anything they don’t scarper). Wallace progressed so quickly and within only one week I was confident to start flying him free. Again, we started with smaller distances across the Savannah Arena, progressing to working in Reg’s Wildflower Meadow. We spent time working on his fitness, and to encourage him to fly further than a straight line to me I would call him to take off and then drop my arm as soon as he took off. This encouraged him to fly in amazing circuits around the meadow, and I’ve also been encouraging him to really spread his wings, pushing off into the East Cholderton Valley. It’s really a magnificent sight to see!

He has progressed so well over the past 10 months, and I’m really proud of him. He’s an incredibly nice-natured eagle and very inquisitive about things. I’ve been so lucky with him being such a buoyant flyer as he’s able to find height very quickly (the highest he’s flown so far is over a thousand feet during January, though I’m hoping he may break this record during the coming warm summer months). I am so incredibly proud of all Wallace has achieved in such little time, and I just enjoy anytime I get to watch him fly because he’s a stunning bird to watch soar over Reg’s Wildflower Meadow and in the East Cholderton Valley. He’s one to look out for in the future, in our Valley of the Eagles display, and I hope he will have a very long career with us here at the Trust.” 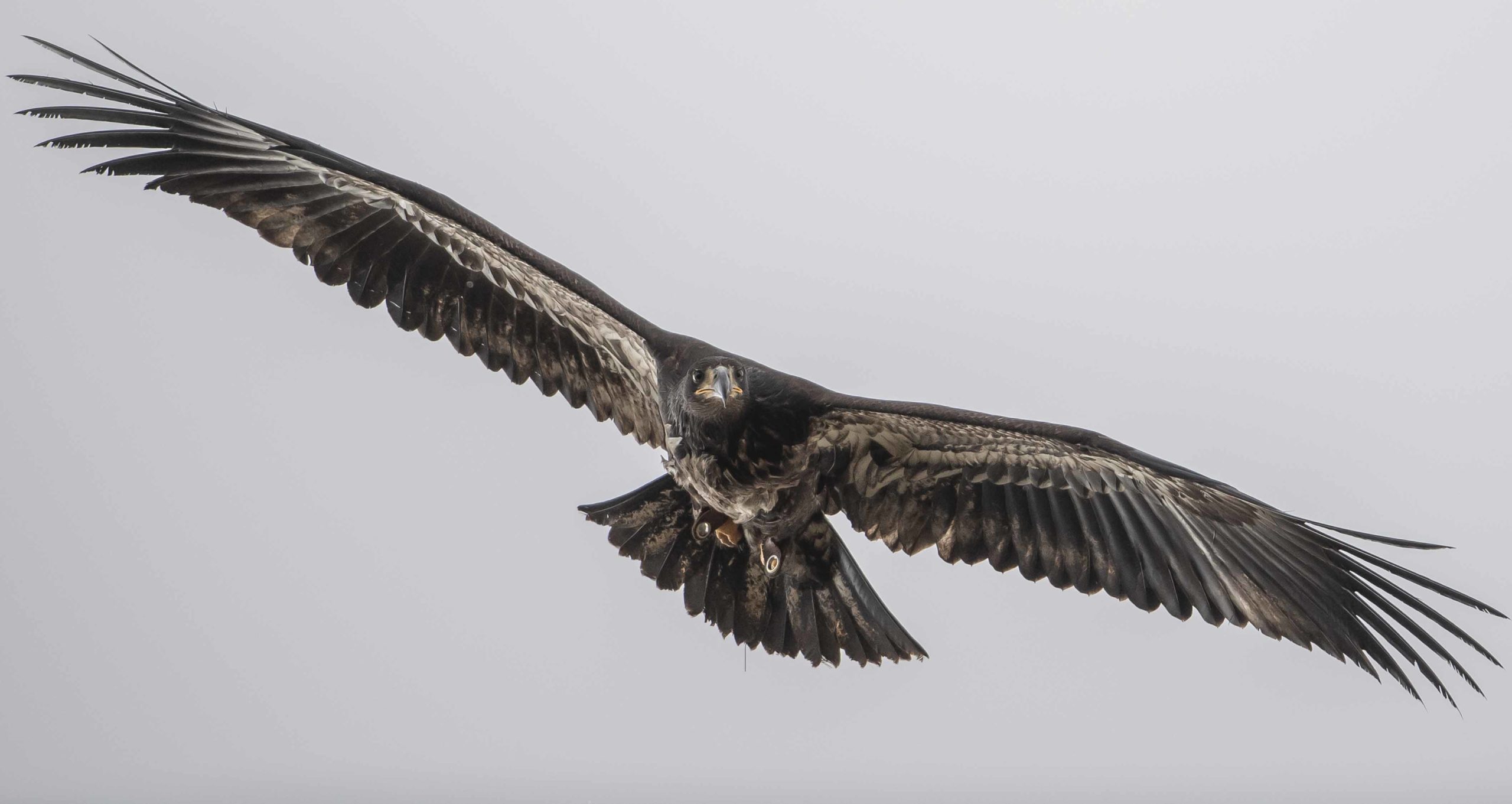