We are delighted that Investec has chosen to partner with the Hawk Conservancy Trust on selected conservation projects. Investec is an international specialist banking and wealth management group that has supported conservation initiatives since 2012.

The aim of Investec’s conservation strategy is to protect Critically Endangered species and the environments they live in, through awareness and rescue, community upliftment and by combatting illegal wildlife trade.

This aligns closely with the Trust’s mission – the conservation of birds of prey and their habitats – especially since some bird of prey species such as some vulture species are Critically Endangered and at risk of extinction.

“We are truly delighted to have embarked on this partnership with Investec. It is an honour to be working alongside such a prestigious organisation, that has shown real leadership in sustainability and conservation.” – Penny Smout, Chief Executive, Hawk Conservancy Trust

This opportunity has arisen from a crossover between Scott Jones’ role as the Trust’s Chairman of the board of directors and his role as Divisional Director, Investec Wealth and Investment at Investec.  As Scott became more familiar with the synergies between the Trust and Investec’s conservation activities, he recognised the opportunity for the two organisations to come together to work towards a shared goal. 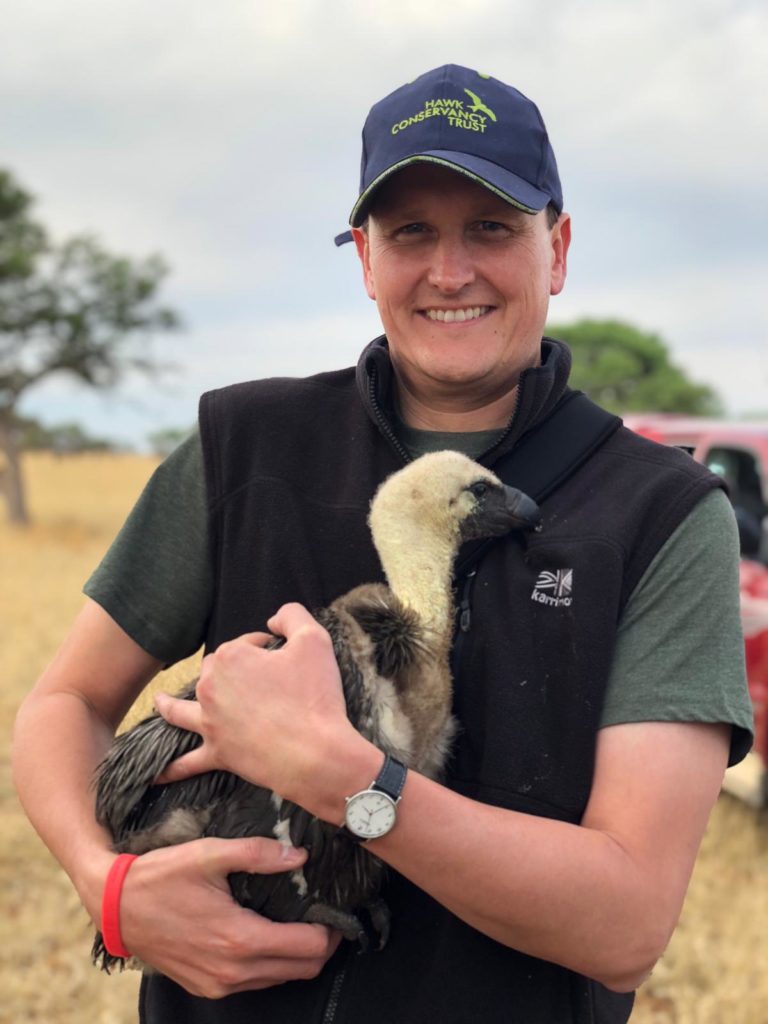 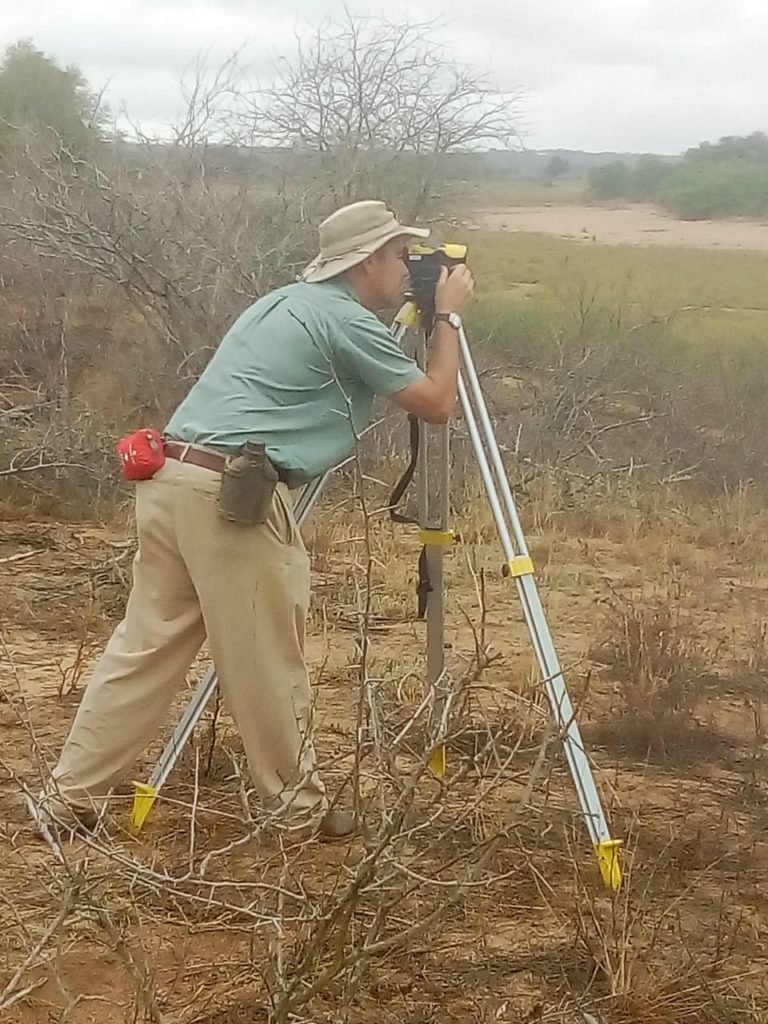 Photos: Chairman Scott Jones with an African White-backed Vulture chick, and Dr Campbell Murn carrying out research in the field, in South Africa

We are honoured that an organisation of Investec’s size and stature has agreed to shine a light on and support us to combat the issues facing birds of prey.

Investec will be supporting a number of Trust projects both in the UK and overseas that would otherwise have been unachievable ambitions.

Here in the UK, the support will extend to the rehabilitation of birds treated in the National Bird of Prey Hospital™ which is a vital, yet resource-heavy, part of conserving wild birds of prey. Investec will provide support for the work of the hospital including additional tagging equipment for birds treated, rehabilitated and released from the hospital. This will help us to better understand what happens to birds we have treated, after they have been released back into the wild. This research will inform and improve our rehabilitation and release methods.

Photo: Treating an injured Peregrine Falcon in our National Bird of Prey Hospital™

The new partnership will also enable us to introduce a completely new educational project.  The Trust will provide workshops for 75 children from inner-city schools and who would not usually have the opportunity to spend a day immersed in nature at the Trust. While with us, they will learn about the importance of conserving our natural world and be given a hands-on introduction to practical wildlife research and conservation. As well as providing the opportunity to inspire a passion for birds of prey and other wildlife within a new generation and group of people who may not have been exposed to such experiences before, it will also help improve our understanding of the wellbeing and health benefits that engaging with nature brings.

Finally, Investec will be supporting our conservation efforts in Southern Africa to try to protect vultures by working closely with the Trust and Endangered Wildlife Trust (EWT) to provide Poison Response Kits and training to park rangers, local police and other authorities. The kits allow the team in the field to decontaminate an area, take samples and provide first aid to any surviving vultures or other wildlife that are poisoned.

“More species of vulture are Threatened, Endangered or Critically Endangered than any other group of birds in the world, and that’s a big reason why we use a lot of resources trying to protect them.” – Campbell Murn, Head of Conservation and Research, Hawk Conservancy Trust

“We’re delighted to work with the Hawk Conservancy Trust. Their passion for what they do mirrors our people’s passion about making a difference. We’re excited about what we can achieve together and reconnecting hands-on with nature.” – Teresa O’Brien, Head of Sustainability, Investec UK

We are excited at the prospects of this new partnership and hope it is the start of many great achievements together which will have a positive impact on birds of prey and the habitats in which they live. 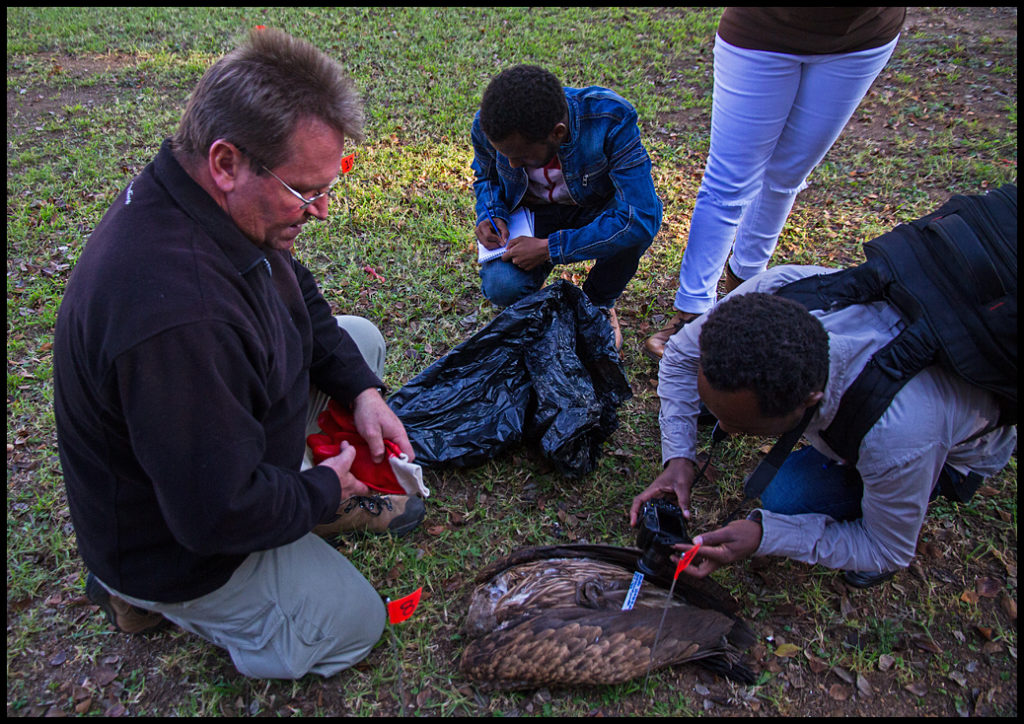 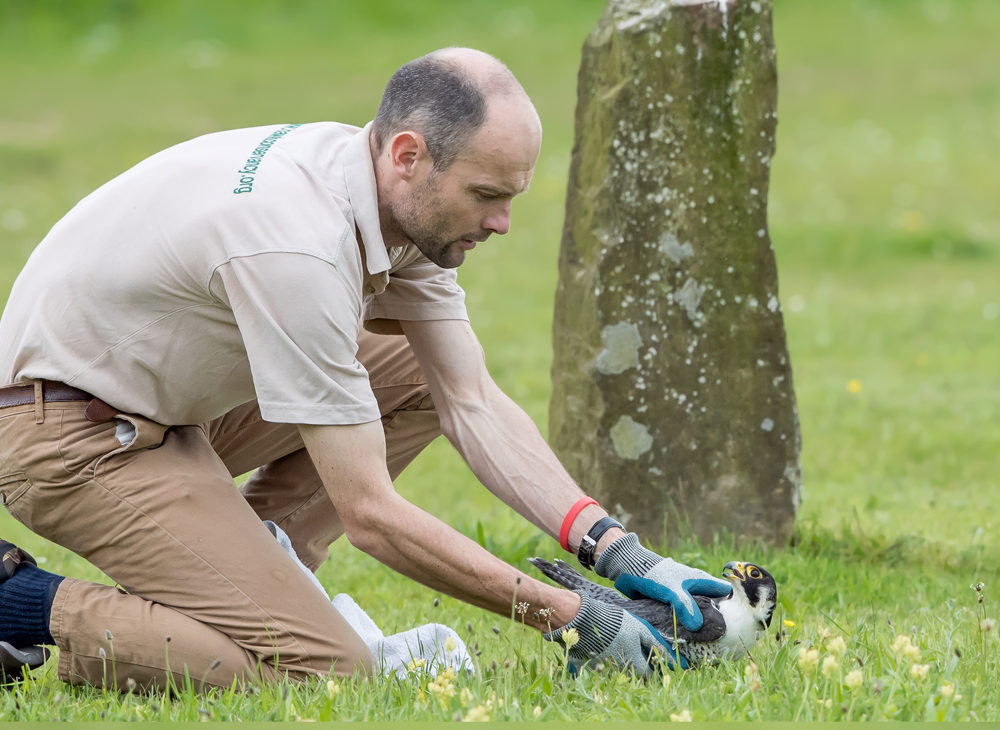 Photos: Poison Response training with field staff in southern Africa, and Releasing a bird back to the wild from our National Bird of Prey Hospital™