Young people are vital for conservation!

We were really happy to welcome two volunteers, Izzy and Matilda, and give them more of an insight into our vital Conservation and Research work here at the Trust. This latest article reveals what they got up to.

“Matilda and I recently had the amazing opportunity to volunteer at the Hawk Conservancy Trust for a few days to learn more about the conservation and research work that goes on behind the scenes.

We got involved with lots of different activities including: invertebrate surveys, plant quadrats, and small mammal trapping. We were even lucky enough to help ring wild birds in the hospital and treat a Barn Owl in the National Bird of Prey Hospital™!

We started the days by checking the small mammal traps we had set the previous day. It was really interesting to look more into the prey of the local raptors. We caught a range of different small mammals including Bank and Field Voles, Wood Mice and a shrew! For each individual we had to identify which species it was, age, sex and weigh them.

We carried out biodiversity surveys in Reg’s Wildflower Meadow. We did lots of plant quadrats, exploring what species are in the meadow! We found a number of species, including Wild Carrot, knapweed, St. John’s Wort and even a few broomrapes! In our insect surveys we discovered lots of species of bumblebee, Mint Moths, Common Blue Butterflies and a Wasp Spider. We learnt so much about the biodiversity around the grounds of the Trust!

It was an incredible opportunity to look round the National Bird of Prey Hospital™ and even watch a Red Kite and Tawny Owl being ringed. I (Izzy!) am a trainee bird ringer and even got to ring a Sparrowhawk myself! It was really cool to see a bird of prey that close up! Ringing the birds in the hospital provides valuable data on the survival of released birds. Retraps and recoveries tell us if the bird has survived and where it went after it was released.

We also got to see a Barn Owl being treated in the hospital and I (Matilda!) got to hold it and learn about the treatment it was getting. This individual had been hit by a car and found on the side of the road, and was being treated for concussion. Whilst in the hospital we picked up a Red Kite which was ready to be released. After checking it over and weighing it, we took it up to the meadow and released it back into the wild. It flew around, exercising its wings for a while, before perching in a nearby tree. It was really great to see a rehabilitated wild raptor going back where it belongs!

We had a really good experience at the Trust and hope to go back!” 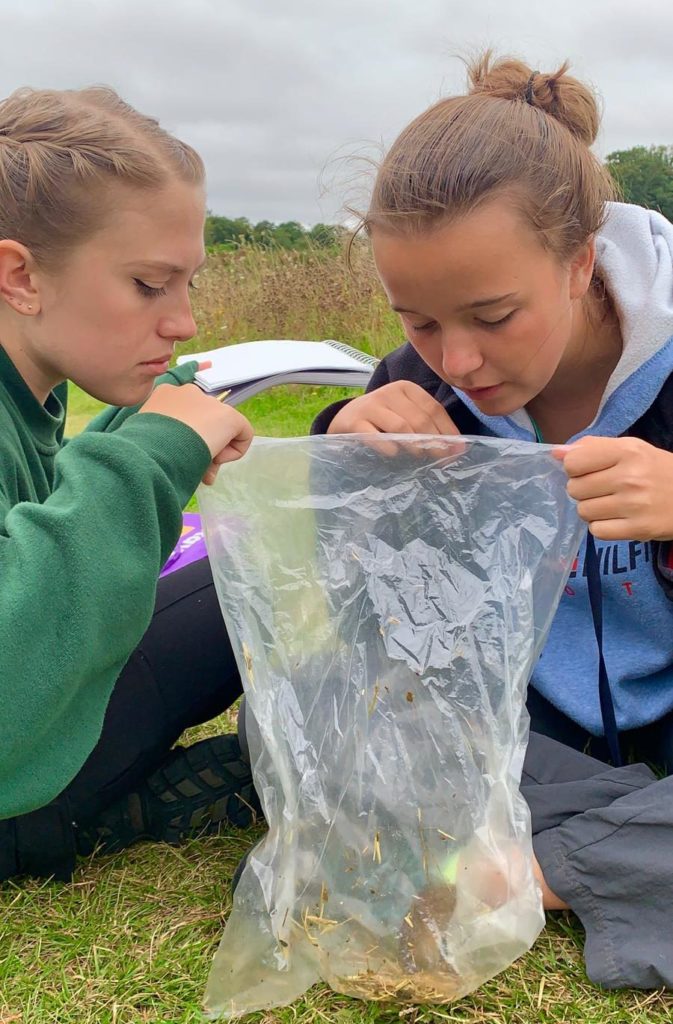