During the darker months, the bird team have the opportunity to work alongside our team of owls at the time of day when some owl species would be more active in their pursuit of prey.  For those who attended some of our winter events, you will have seen Ennis, one of our Great Grey Owls, an iconic and well-loved species, often recognised by their striking facial disc.  Ryan Stephens, who works closely with Ennis tells us more about Ennis’s endearing characteristics and why he loves working with her.

“Ennis is an amazing character and an absolute star in our displays and experience days.  She is so majestic in flight and as well as being one of my favourites, as are all of the owls (although we’re not supposed to have favourites) she’s a real favourite with our visitors too.  She shows off her stealthy, silent flight in our Woodland Owls display and this year she has been showing off her skills during our Winter Woodland Lights event – a brand new event for January 2022.  The woods were beautifully lit as she sailed across the arena to music and commentary about her feathers, perfect for camouflage, her hunting style and her huge facial disc, which gathers sound and directs it towards her ears.  This adaptation allows Great Grey Owls in the wild to seek prey with sound when it’s dark and the ground is covered in thick snow and frost.

Ennis even made a star appearance on ITV Meridian News this January when they came to film the event.  She looked fabulous on screen just as she did during the display.

Ennis is a wise old owl.  You may recall, Ennis featured in one of our popular Facebook clips last year.  Ben and Mike, members of the Bird Team, constructed a mock tree canopy with a very narrow gap for her to squeeze between. She negotiated the gap with ease and the clip received lots of views and likes.

Last year, we decided to give Ennis a new type of food to try. We wondered whether she would be interested in trying to catch locusts in her enclosure. Some of our other owls have really responded well to being able to pounce on the wiggling bugs. Ennis was a little unsure at first of what to do but soon she was pinpointing the bugs with ease as she leapt from perch to perch to catch them!

In the summer, we give her big blocks of frozen ice and put them in her water bowl to give her some refreshing cool water. Ennis loves this and could often be seen having a good splash around making her feathers all wet to keep cool.

I’m known to be the biggest owl fan among the team at the Trust, and I never tire of working with them and Ennis is such a cool owl to come to work to see every day”. 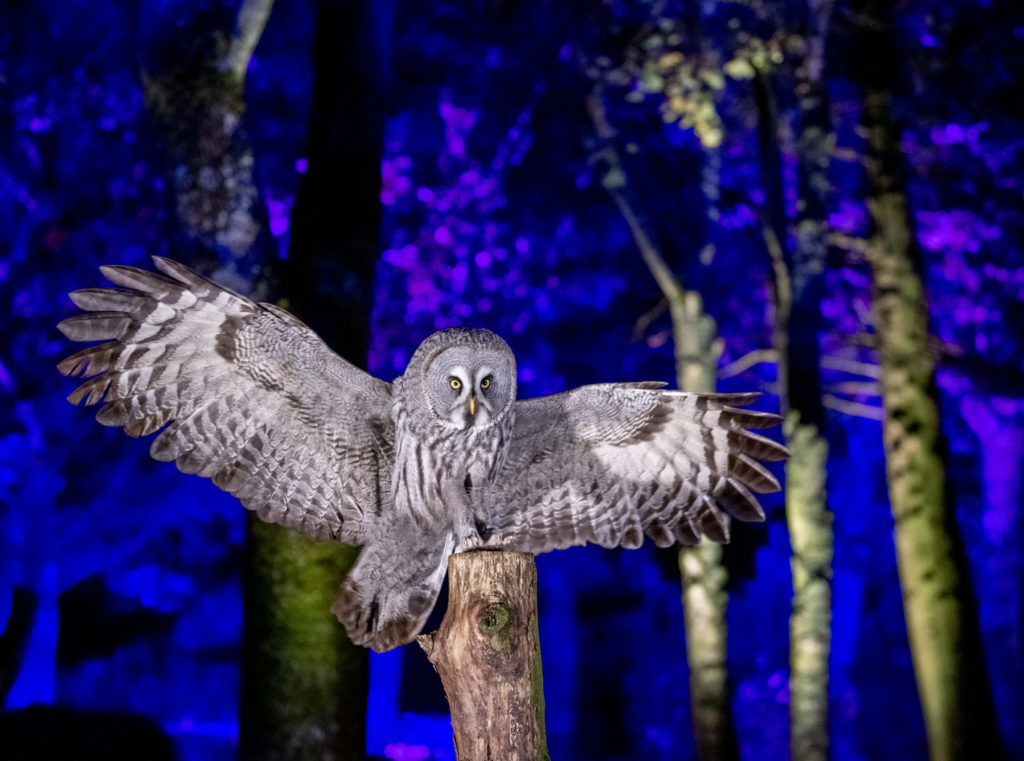 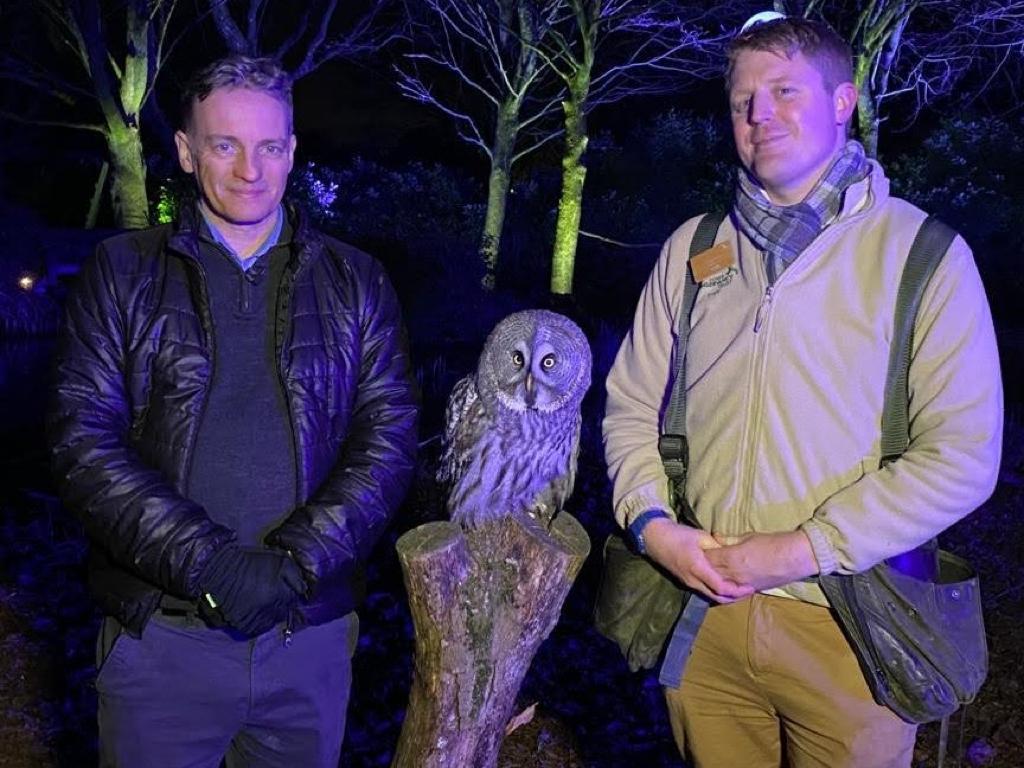