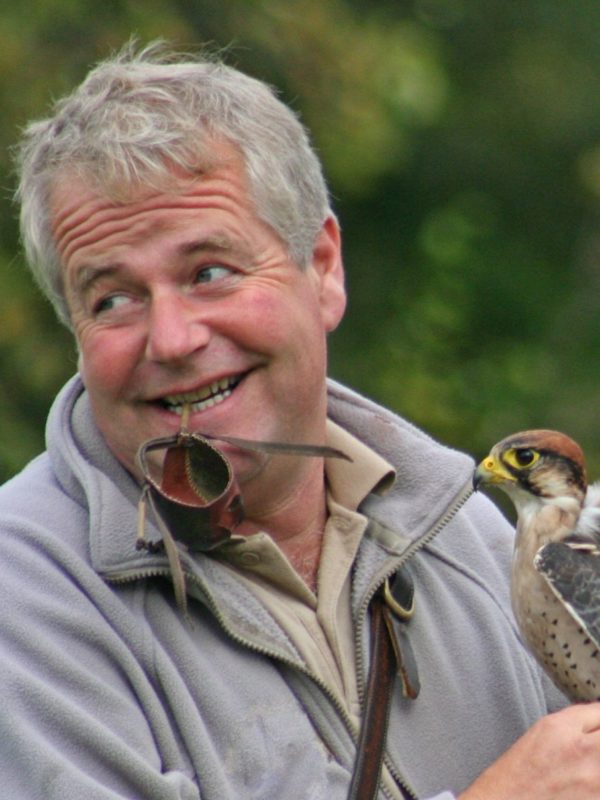 Wildebeest in the Potting Shed

With heart-warming and humorous stories, Ashley Smith shares tales of some of the people, mammals and birds that have been involved with the Trust from its early days as a wildlife park, up to its current standing as an award-winning tourist attraction.

It was Ashley’s parents, Reg and Hilary Smith, who bought Sarson Farm (the site of the Trust) in the 1950s. In 1965, the year Ashley was born, it became Weyhill Zoo. Ashley worked there as a child after school and at weekends and started full-time at 16. He’s seen the Trust achieve many great things but he’s especially proud of the National Bird of Prey Hospital™ and the creation of Reg’s Wildflower Meadow, both in memory of his parents.

While at the Trust, Ashley most enjoys commentating the Valley of the Eagles demonstration although driving the tractor comes a close second! Nowadays, Ashley lives in Scotland where he follows his passion to watch Golden and White-tailed Eagles.

Tickets: £16.50 – includes tea/coffee and biscuits served during the interval.

The Trust reserves the right to vary the content and format of any event, without notice, if necessary. Terms and conditions apply.

Did you know?
Falcons have a notch in their beak called a ‘tooth’, which is used to dispatch their prey.
©2021 Hawk Conservancy Trust