On Saturday 11 March 2017, a Peregrine Falcon was found by a member of the public with an injured wing and was subsequently brought to our National Bird of Prey Hospital™.

A full assessment by our vet, John Chitty, revealed that the bird had a stable fracture between the Radius and Ulna. The fracture was consistent with that of a gunshot wound. As with all birds of prey, it is illegal to injure or kill Peregrine Falcons under the Wildlife and Countryside Act 1981. 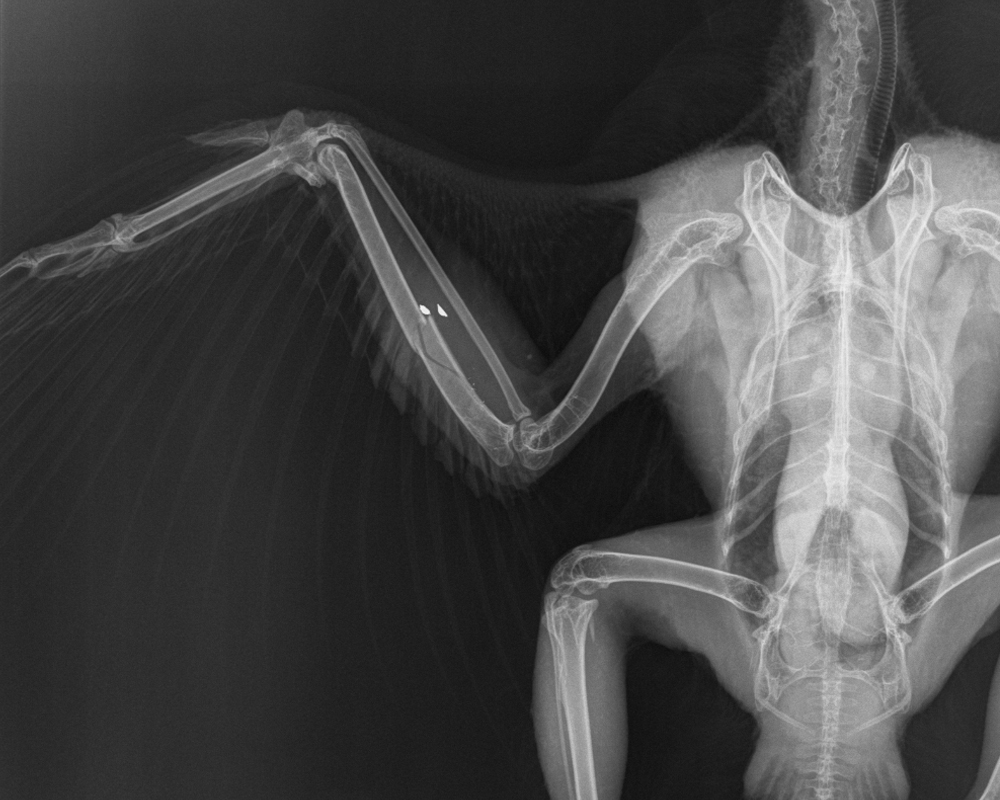 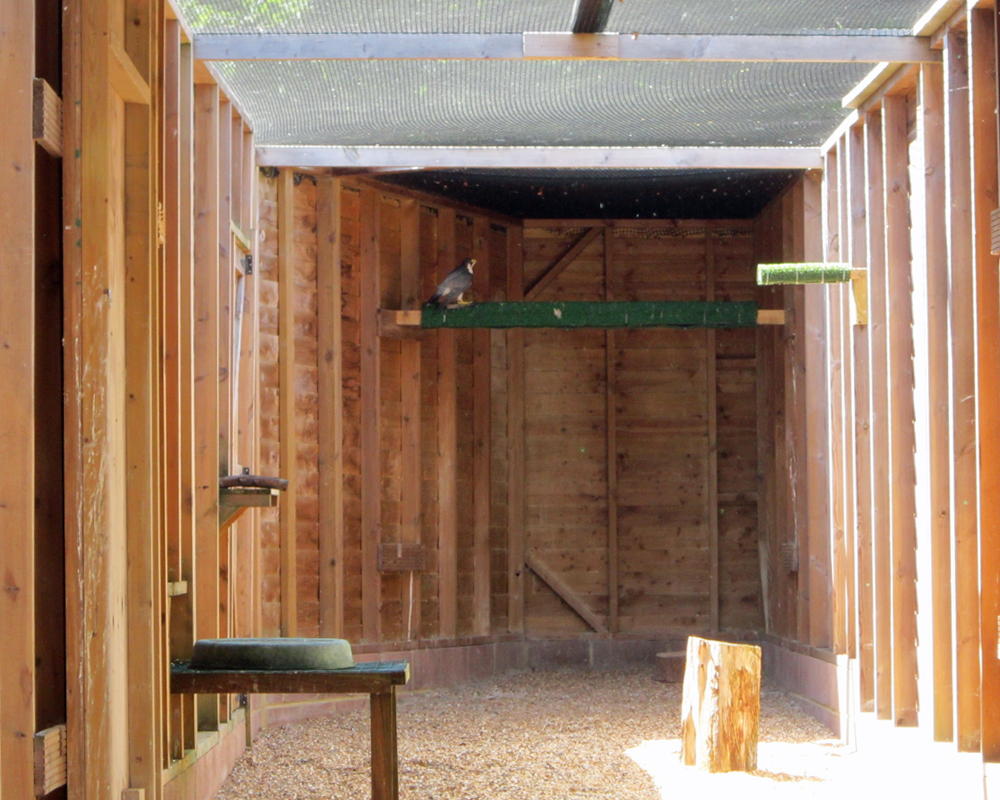 PC Stephen Rogerson, Wildlife Crime Officer at Hampshire Constabulary said “The bird may have either been shot at on purpose, or recklessly, due to its predatory nature on rural estates. The falcon was in fairly good condition when it was located. It was not malnourished and there were no signs of other injuries, which would suggest it had been shot in the local area.”

The police have now closed the investigation due to insufficient evidence.

The Peregrine Falcon originally hatched in a nest box provided by the RSPB’s nest box scheme on Salisbury Cathedral, and was ringed there in June 2014 when it was three weeks old. 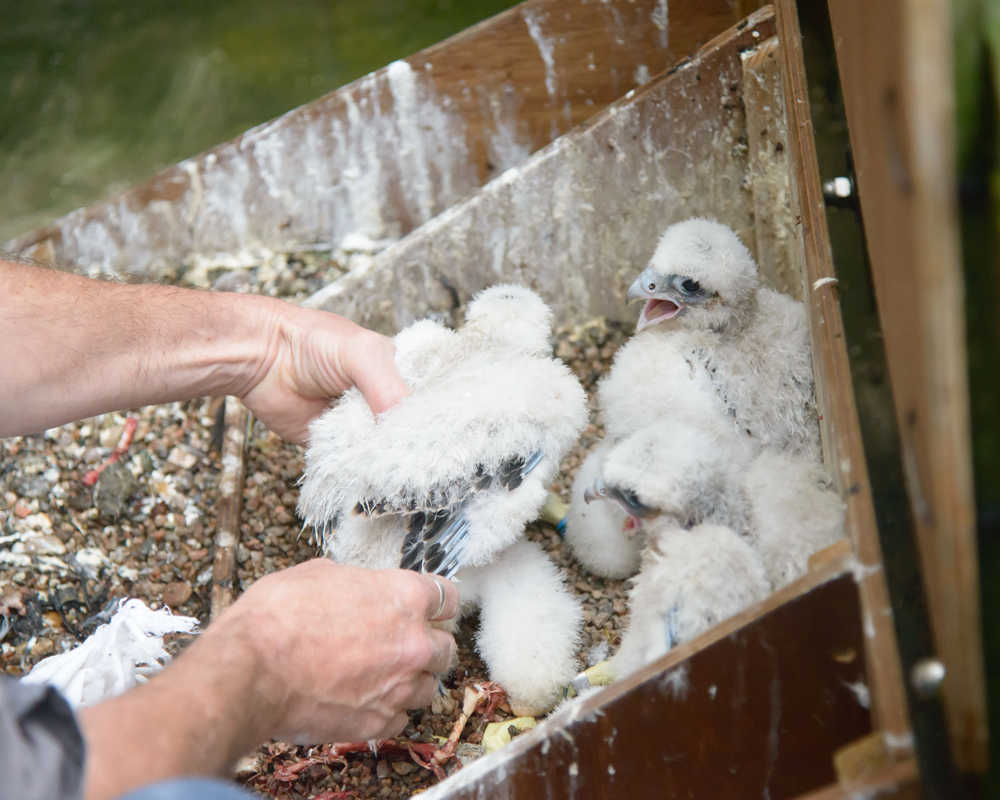 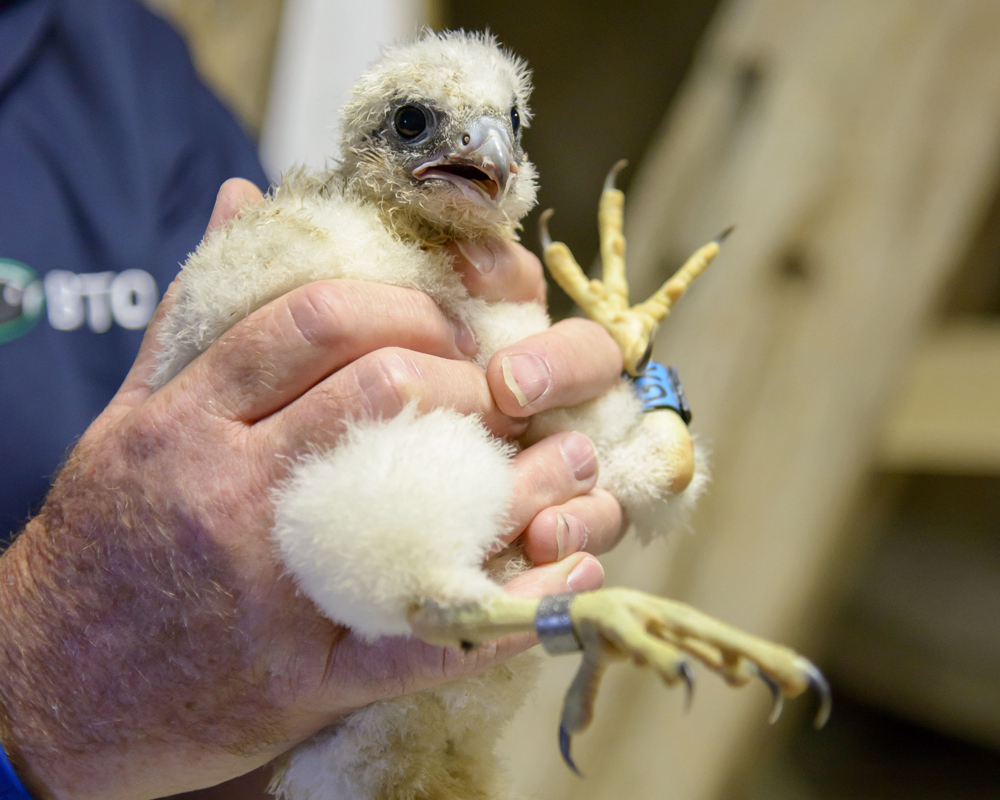 In the time that it has been in our care, it spent one month in an indoor bay of our National Bird of Prey Hospital™ in order to receive treatment and prevent use and damage of the wing. The remainder of its time with us was spent in a pre-release aviary where it was able to gain fitness whilst being monitored by our team to observe and assess its recovery.

Having now fully recovered from its injuries, this Peregrine Falcon has been released from our chalk downland wildflower meadow.

Cedric Robert, our Head of the National Bird of Prey Hospital™, said “This is a magnificent bird and I have been delighted to see his progress with us. Peregrine Falcons are amazing creatures and I always feel very privileged to see one in the wild. I really hope he will do well once back in the wild.”

Andy Hinton, Curator at the Trust, said “We condemn the persecution of birds of prey, birds that we strive so hard to conserve. We are pleased to have rehabilitated this bird and are thrilled that it can now be successfully returned to the wild, undoing the damage caused by this criminal act.” 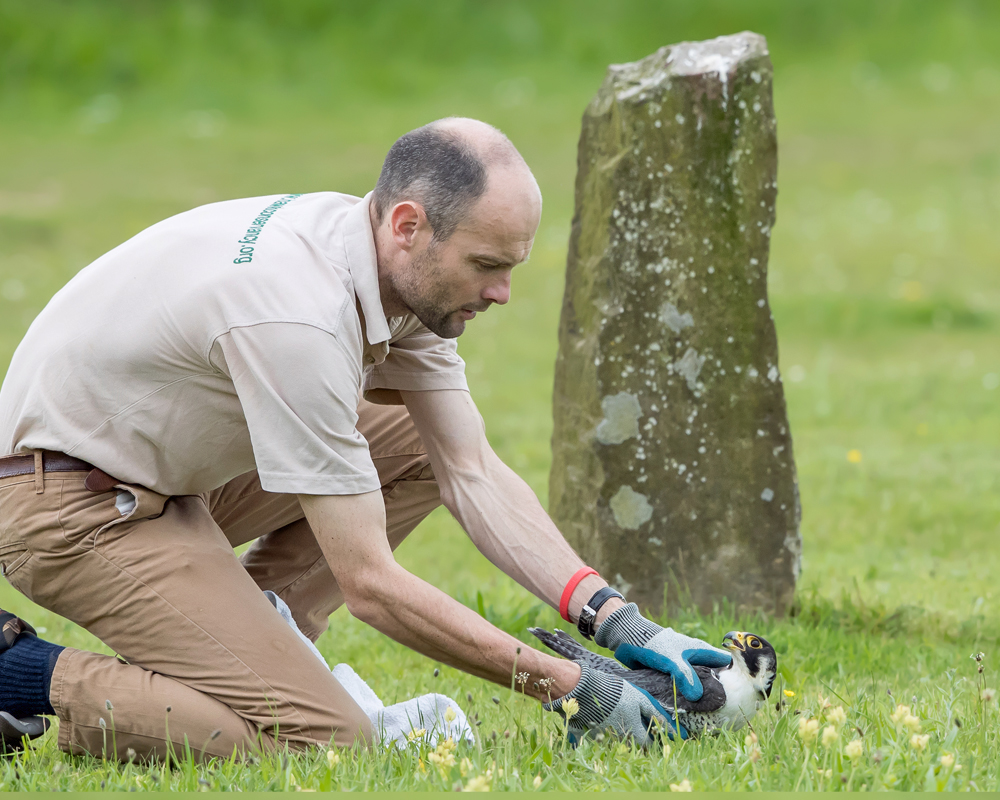 We are saddened and frustrated to report that another poisoning attack has taken place in southern Africa. 94 White-backed Vultures were poisoned after feeding from a poached elephant carcass that had been laced with poison. One vulture is currently being treated. At the moment, we do not have any more details but will add anything we find out when possible.

Please help us to keep our poison response activity going to help reduce the loss of these endangered birds from poisoning by supporting our work.

Africa’s vultures are facing many threats – the most significant being poisoning and the trade in vultures for witchcraft and fetish. But we are at the forefront of saving thousands of vultures from an unnecessary death. With project partners, we have developed specialist Poison Response Kits for urgent implementation in-situ to save these birds that are so vital to the food chain and eco-system in the region. Already they are making inroads into slowing down the loss of endangered vulture populations.

A study published in December 2015 (the most recent and only data) revealed that since 2012, ivory poachers have increasingly killed elephants and laced the carcasses with poison deliberately to kill vultures, because the circling of vultures above an illegally poached carcass signals the poachers’ presence to rangers in the field. This is the latest threat to face the vulture population in Africa and it has increased rapidly with the ongoing slaughter of elephants and rhinos.

Poisoning associated with ivory poaching now accounts for one-third of all vulture poisonings since 1970 and is currently the biggest cause of vulture mortality. Further research published in 2017 highlights that, unchecked, this threat could lead to the extinction of some vulture populations within 60 years.

The Poison Response Kits (PRK) are explained by our Head of Conservation and Research, Campbell Murn, who has been conducting research on vultures in Africa for the last 17 years. “These kits contain a range of equipment and first aid materials that are designed to reduce the impact of poisoned carcasses on wildlife. When a poisoning incident is detected, a response team is deployed with a PRK to the site. The team works to secure and decontaminate the site and minimise the existing and potential damage caused by the poison. This essential activity limits the negative impact on vulture populations, protects other vulnerable wildlife such as jackals, lions and hyenas and also reduces the wider environmental destruction caused by such an event.

“Often, poisons are so toxic that vultures can die with food still in their mouths. This means that work must take place as soon as possible to prevent further deaths.” With a quick response and the effective use of PRKs, hundreds of animals can be saved from death by poisoning.

We are aiming to raise the £35,000 needed for 100 Poison Response Kits for key areas in southern Africa. Each kit costs £300 and after a poisoning incident needs to be replenished at a cost of £180. Fundraising details on www.hawk-conservancy.org/prk

Not only will this go some way to reducing the environmental impact, these kits could also save the lives of thousands of vultures and other wildlife from unnecessary deaths. The impact on local communities of collapsing vulture populations will be severe and can already be seen in some places.