On this episode Hannah and Tom take a walk around the grounds of the Hawk Conservancy Trust after hours with Mark Ison, Bird Team member and Ecologist, to carry out a survey of the wild bat species that live on site. We learn more about these fascinating flying mammals and how to identify some of the common species found in the UK. Sadly, this is Hannah’s last episode as she is leaving the Trust for a new position, so we bid her a reluctant but fond farewell! 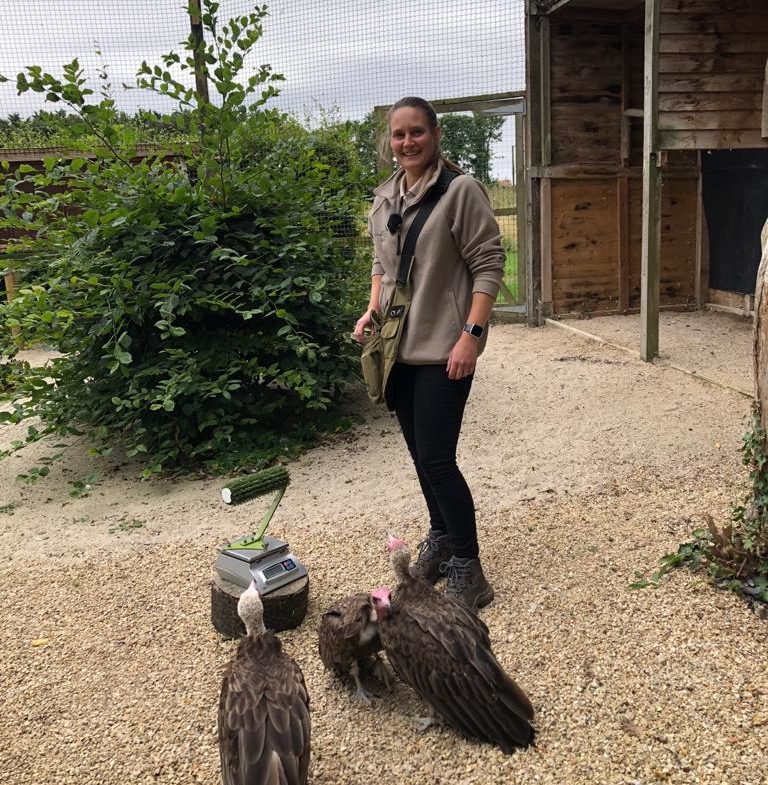 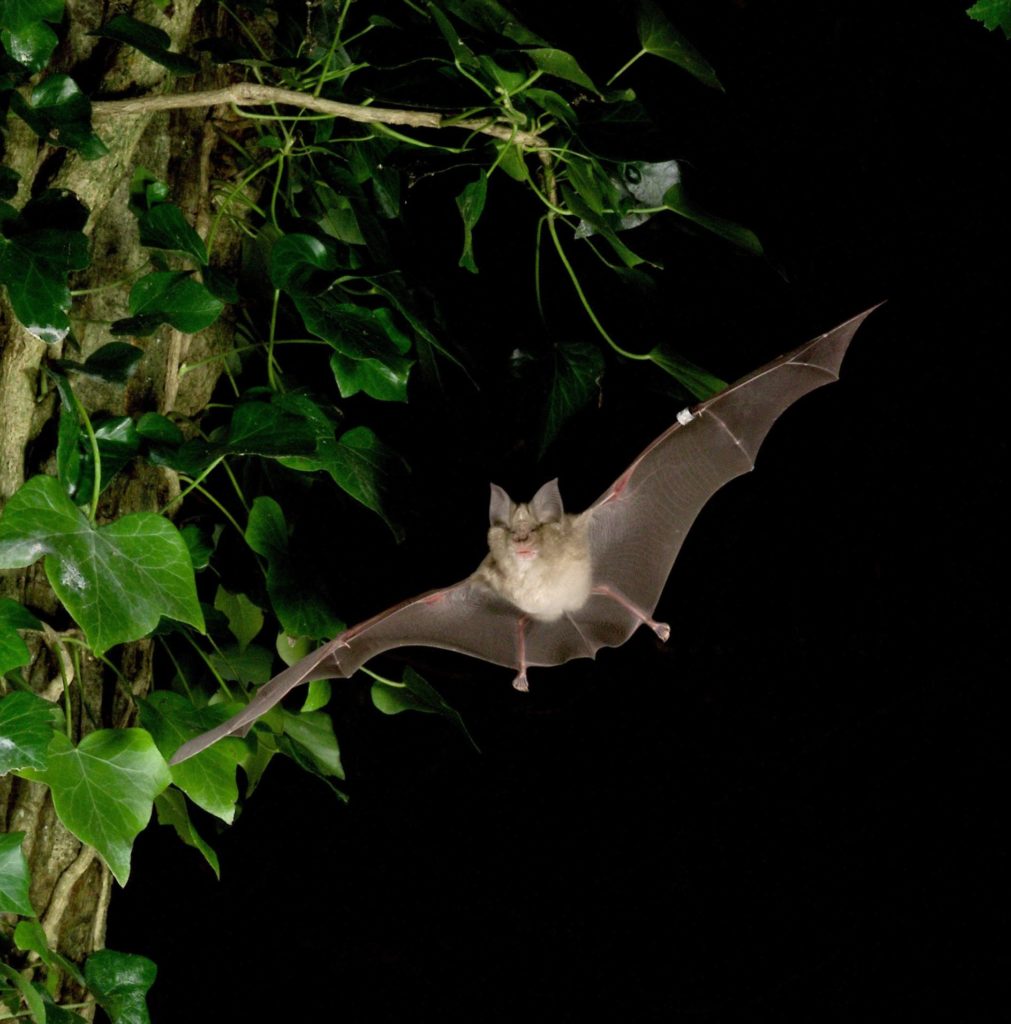 There are 17 breeding species of bat in the UK, with one remaining individual of an 18th species, the Mouse-eared Bat. Bats are important pollinators, some are specifically adapted to pollinate certain species of plant including dates, bananas and tequila! It was great to get an insight into bats with Mark, and his vast knowledge about them. We headed out into the Trust grounds, to Reg’s Meadow first, which wasn’t quite as fruitful as we had hoped. However, after a while we headed towards the Savannah Arena and were rewarded with some fabulous views of Common Pipistrelles flying over the pond in the last of the sunset! Listen to hear more about the evening.

Find out more about the uplifting story about storks in Ukraine here.

Our Matter of Fact Challenge also returns as our hosts each champion an animal species for Best Camouflage. We coincidentally both chose marine animals, because creatures of the deep are so brilliant at disguise! Will you choose Tom’s teeny tiny Pygmy Seahorse that is so adept at camouflage it was only discovered accidentally when some coral was plucked from the ocean to be examined, or Hannah’s master of disguise the Mimic Octopus, which can contort itself into the forms of other sea animals like shrimps, jellyfish and even sea snakes! Vote on our poll on Twitter, or via our Instagram stories. 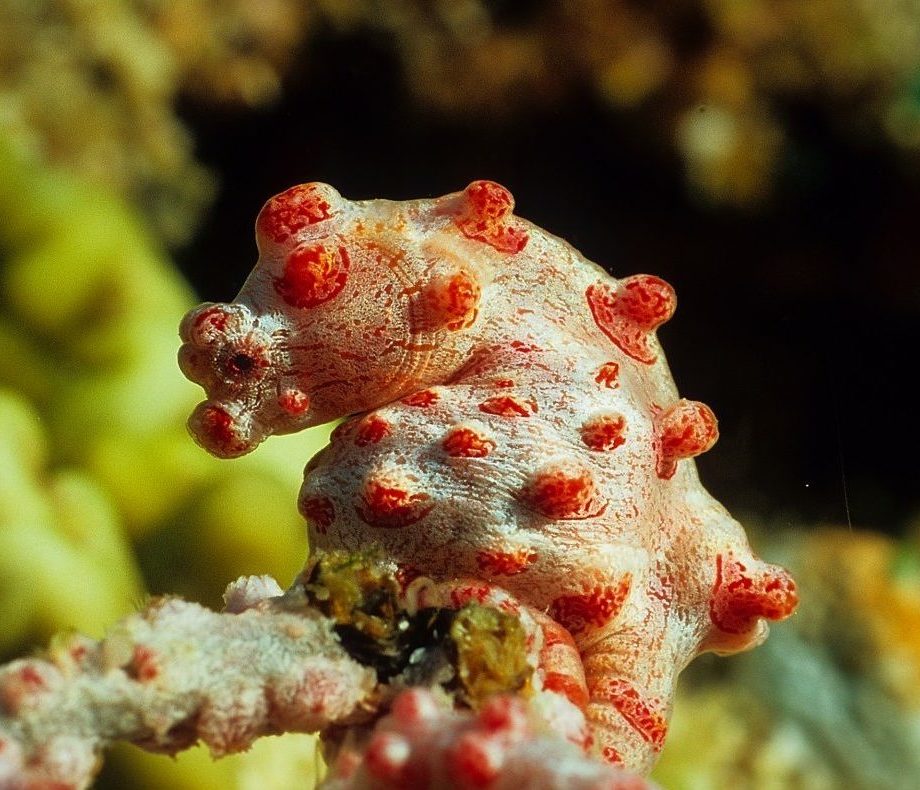 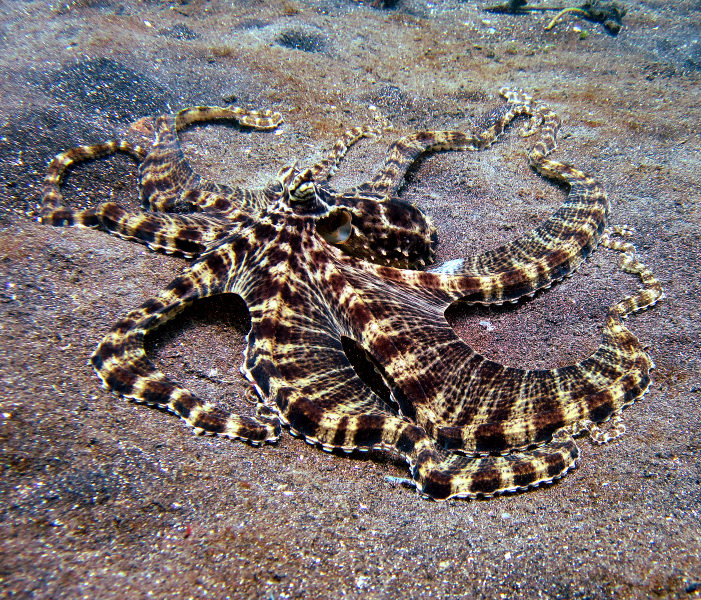 Listen to this episode wherever you get your podcasts, and don’t forget to like and subscribe! Read more about our Nature’s a Hoot, and catch up on other episodes here.

On this episode Hannah and Tom welcome journalist, marine biologist and wildlife filmmaker, Dawood Qureshi (they/she), to hear all about their love of wildlife. From Ospreys to Dinosaurs, Bumblebees to Chocolate-chip Starfish, Dawood will share their passion for storytelling as a way to raise awareness for nature and what it’s like working for the BBC Natural History Unit. END_OF_DOCUMENT_TOKEN_TO_BE_REPLACED

On this episode we explore the fascinating world of animal migration. Join Tom and Hannah as they chat about why certain species migrate, how they know where to go, and the epic distances some of them travel on their migrations.

END_OF_DOCUMENT_TOKEN_TO_BE_REPLACED

Hannah and Tom are back with a new series of Nature’s a Hoot for 2022. Join them both as they prepare for the new year ahead of them. They’re also joined by Jaime Carlino, a graduate student on the Humbolt State University’s Barn Owl Research Team. Jaime discusses how her work studying Barn Owls is helping us understand the species success when it comes to breeding. END_OF_DOCUMENT_TOKEN_TO_BE_REPLACED

Nature’s a Hoot: One Year On

Hosted by our very own Tom Morath (Bird Team) and Hannah Shaw (Conservation and Research Team), Nature’s a Hoot is our monthly wildlife podcast that we’ve been airing now for a whole year. How time flies when you’re having fun!

END_OF_DOCUMENT_TOKEN_TO_BE_REPLACED

Here you can read more about Nature’s a Hoot, and access resources, photos and extra insights from episode 13, where our podcast hosts, Hannah and Tom, swap jobs at the Hawk Conservancy Trust for a couple of days!

END_OF_DOCUMENT_TOKEN_TO_BE_REPLACED

Here you can read more about Nature’s a Hoot, and access resources, photos and extra insights from episode 12 where we welcome special guest, Scientist, falconer and raptor enthusiast Dr Simon Potier.

Nature’s a Hoot Episode 11: Writing for Nature with Megan McCubbin

Here you can read more about Nature’s a Hoot, and access resources, photos and extra insights from our eleventh episode for part two with special guest, Springwatch presenter, zoologist, photographer and all-round wildlife enthusiast Megan McCubbin!

Life of a Springwatch presenter with Megan McCubbin

Here you can read more about Nature’s a Hoot, and access resources, photos and extra insights from our tenth episode where we welcome special guest, Springwatch presenter, zoologist, photographer and all-round wildlife enthusiast Megan McCubbin!

Listen now to the Nature’s a Hoot tenth episode Life of a Springwatch presenter. Don’t forget to subscribe! END_OF_DOCUMENT_TOKEN_TO_BE_REPLACED

Here you can read more about Nature’s a Hoot, and access resources, photos and extra insights from our ninth episode where we chat about the formidable species of falcons we have here in the UK, including an exclusive interview with Dr Georgia Jones about her fascinating research with Kestrels.