In August 2018, a juvenile female Peregrine Falcon arrived at our National Bird of Prey Hospital™ with puncture wounds on her head and shoulder, and extensive feather damage on both wings. She has been recovering in our hospital for some time, and has an interesting story to tell!

She hatched in April 2018, from a nest in Woking town centre that is monitored by the Woking Peregrine Project. The first year in the life of a Peregrine Falcon can often be very tough, and for this youngster, it certainly hasn’t been an easy ride.

Two months after she hatched, she was taken into care shortly after fledging and unfortunately colliding with an eighth floor window. At this time, she was X-rayed and it was found that she had a fracture to her coracoid, which is part of the shoulder. This bone is important for flight; however, it healed and she was released three weeks later.

Unfortunately, she was picked up again in July by a concerned member of the public. This time she spent some time at the Wildlife Aid Foundation rehabilitation centre in Leatherhead, where she had an operation on her injured shoulder, before being brought to our hospital for specialist care.

When she arrived with us in August she had six out of ten damaged primary feathers on her left wing and five out of ten damaged on the right. She was also very thin, and the Woking Peregrine Project reported witnessing previous aggressive behaviour towards her from two adult Peregrine Falcons.

We took her to see our specialist vet, John Chitty, and she had an X-ray on her left hip. We found that she had arthritis, which explains why she was not flying well and found in such poor condition. The vet prescribed a course of antibiotics and painkillers for her injuries.

Our Hospital Manager, Cedric Robert, has worked hard to monitor her progress and ensure she can build her strength back up for a successful release. As so many of her flight feathers were damaged, this has been a slow process. Functional flight feathers are essential for a bird that relies so heavily on speed and accuracy when hunting; Cedric has now moved her to a large aviary, as seen in second the photo below, to give her space to stretch her wings and gain fitness. Having had a tricky start to life, we want to make sure that she is in peak fitness and health before we return her to the wild.

We are very happy to report that recovery has progressed extremely well in the past few weeks, not long ago she was unable to fly at all as her feathers replaced themselves. She now weighs a very healthy 1kg. She will undertake a short course of flight training with a specialist falconer to ensure she fully recovers and gains enough fitness to be ready for release back into the wild, hopefully this summer.

Find out more about the important work we do in our National Bird of Prey Hospital™. 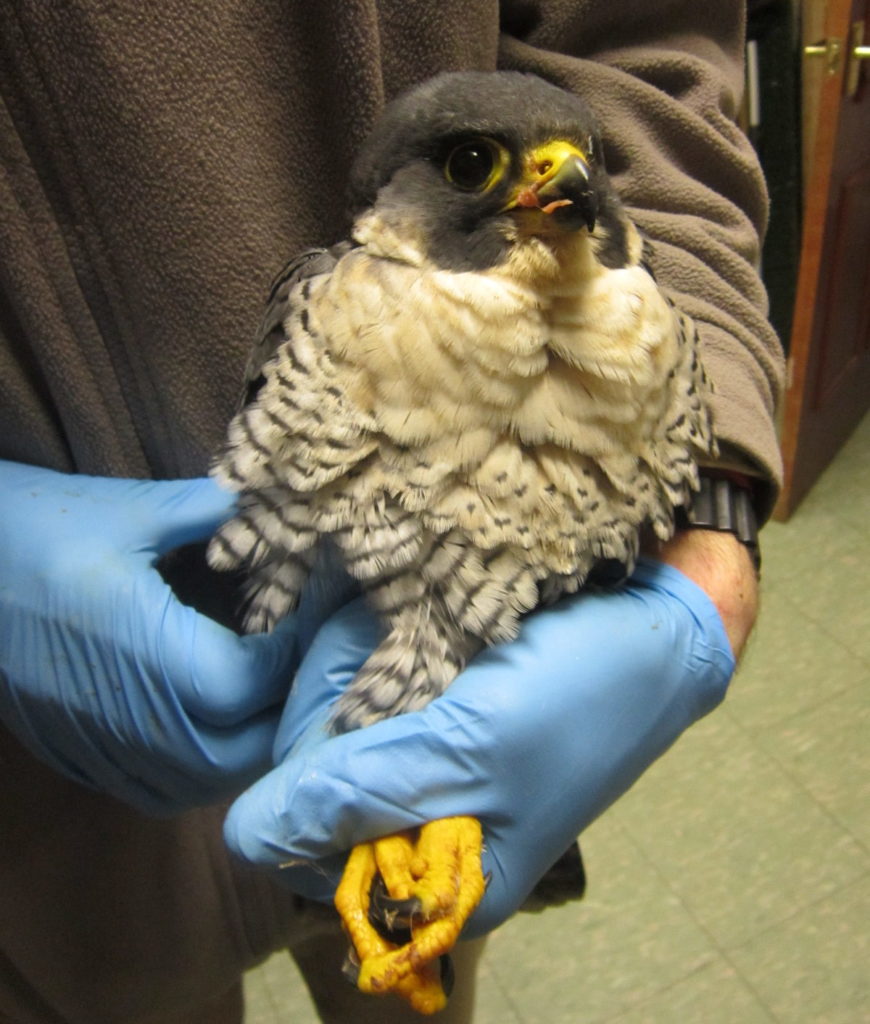