2020 at the National Bird of Prey Hospital™

As the year draws to a close, we like to look back and reflect on our achievements at our National Bird of Prey Hospital™ and share the stories of some of the birds we admitted. 2020 was no exception, though of course the year we are looking back on has been no ordinary year. Nevertheless, we are proud of the work we have achieved, despite the challenges we have faced.

January – In January, our Hospital Manager, Cedric, is very busy with our Winter Experiences, so much of the hospital work is carried out by Bird Team members Ria May and Kat Ralph, and our dedicated volunteers. Spring cleaning, ensuring we have all the equipment we need, and it all works, and repairing outdoor aviaries for future admissions. Read more about our hospital.

February – A Buzzard was admitted in a very poor state, and we were unsure whether it would recover as it had completely collapsed. After being examined by the vet, he stayed overnight. Cedric expected to hear later that the bird had passed away, but after a phone call the next morning he went to collect him and Cedric describes the bird as ‘bright like the sun!’ which you can see from the before and after shots below. A wonderful outcome, and our first release of 2020! Read more about the Buzzard. 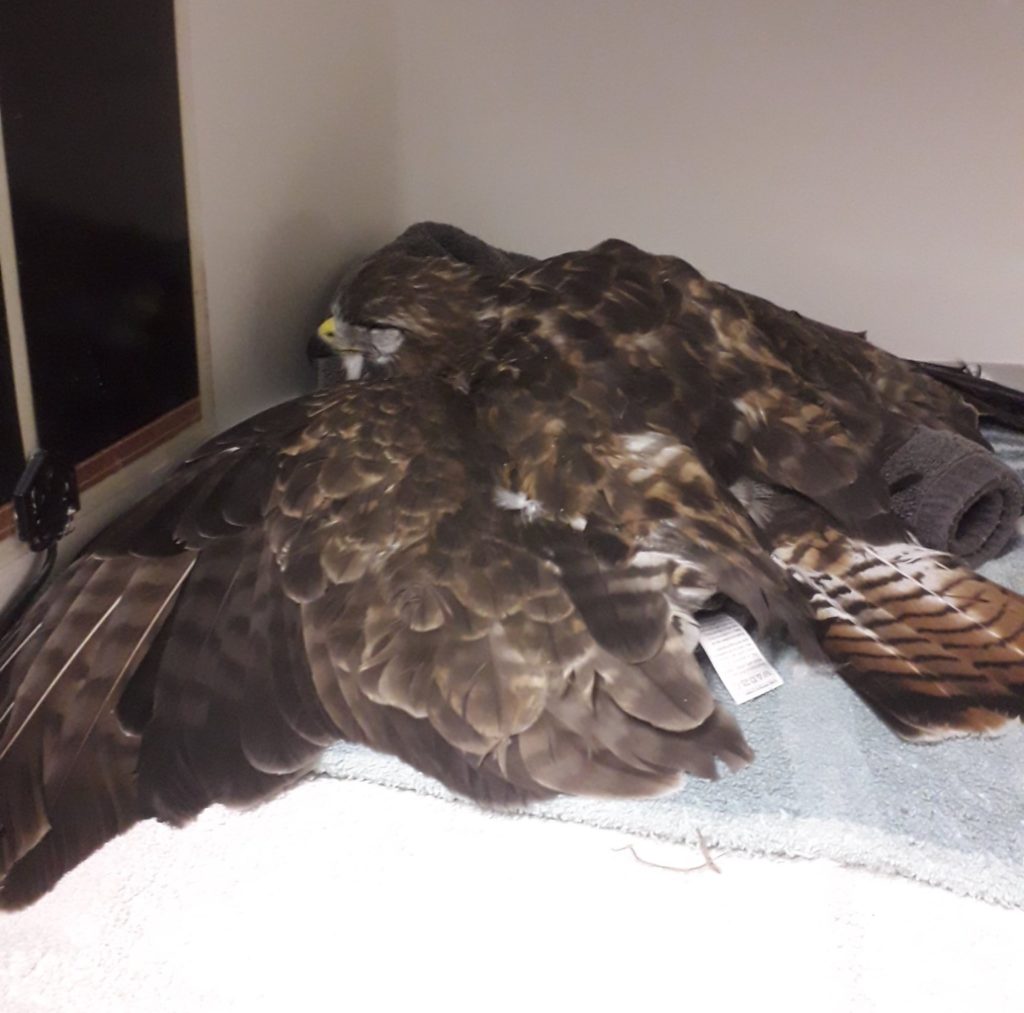 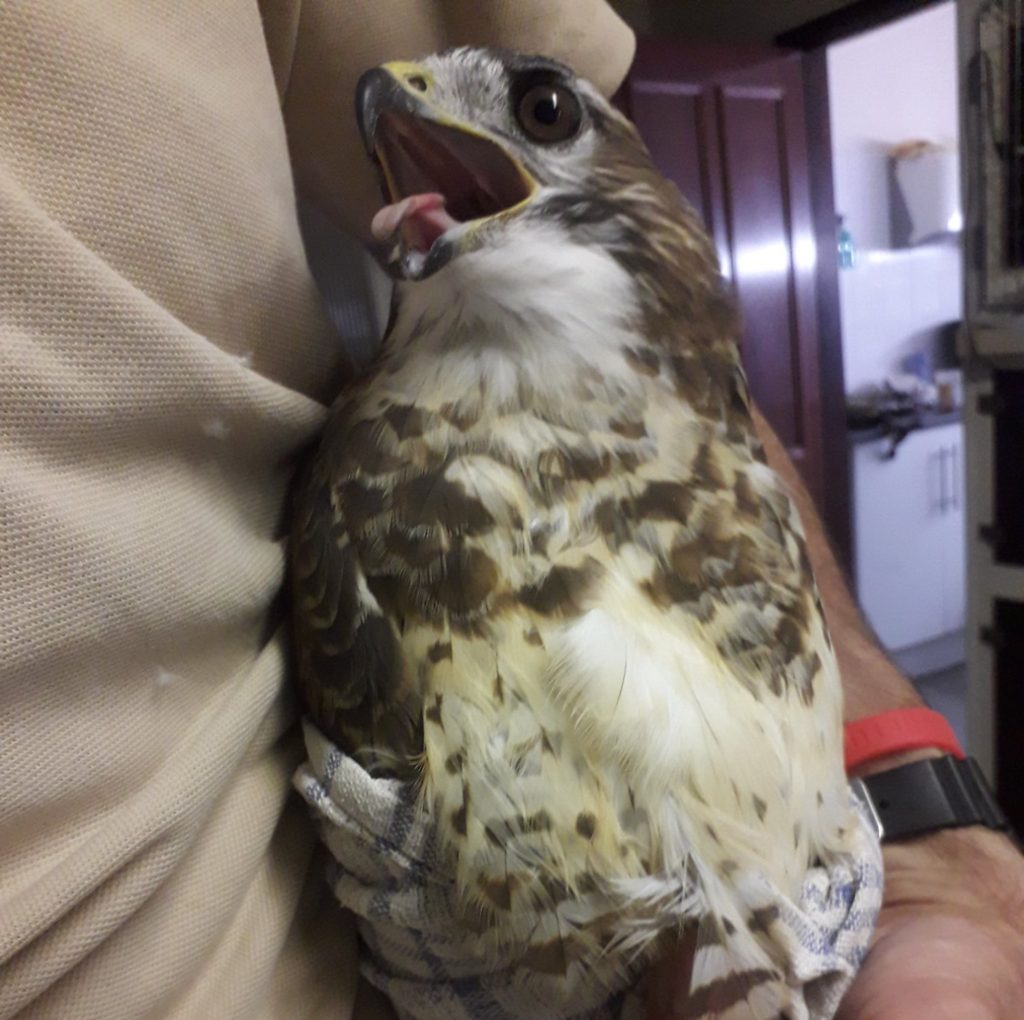 March – We had grand plans for a year of improvements to the National Bird of Prey Hospital™ in 2020, with a refurbishment and reconfiguration, however due to COVID-19 and a small shortfall in funds this project was put on hold. We are, however, very excited to pick this up in 2021!

April – This month was particularly busy for Tawny Owl chicks, who are often brought in to our hospital after falling out of the nest. Ria gave us some wonderful video updates on a pair of chicks we admitted in April, and how we care for Tawny Owl chicks. Watch the video.

April – We spent some time this month working with a Hobby that was admitted back in 2019. The Hobby is a migratory bird, usually found in the UK in summer. They migrate all the way to sub-Saharan Africa for the winter! This bird became injured in September 2019, and as it did not immediately recover, it spent the winter in our Hospital to make sure it regains fitness. Watch this video to find out more.

May – This was our first very busy month, with 29 birds admitted. Our most common admission was Tawny Owl chicks. Over the course of the year, we admitted 35 Tawny Owl chicks in total, all of which were reared and released back into the wild! What to do if you find an injured bird.

June – Many of our team worked from home during much of this year. This gave us a chance to catch up with admin, including data entry and analyses. Our Conservation and Research Liaison, Hannah, took the opportunity to update our electronic records for our hospital admissions, and tackled some of the data analyses of our historical hospital dataset.

July – Another very busy month, matching May, with 29 birds admitted once again. We also surpassed 100 admissions in the year during July.

July – We admitted a Goshawk to our care, a species we rarely see. This particular bird had flown into a window at the house of Chris Packham in the New Forest! It had injuries on its feet and right eye. We were very pleased with how well it responded to treatment. 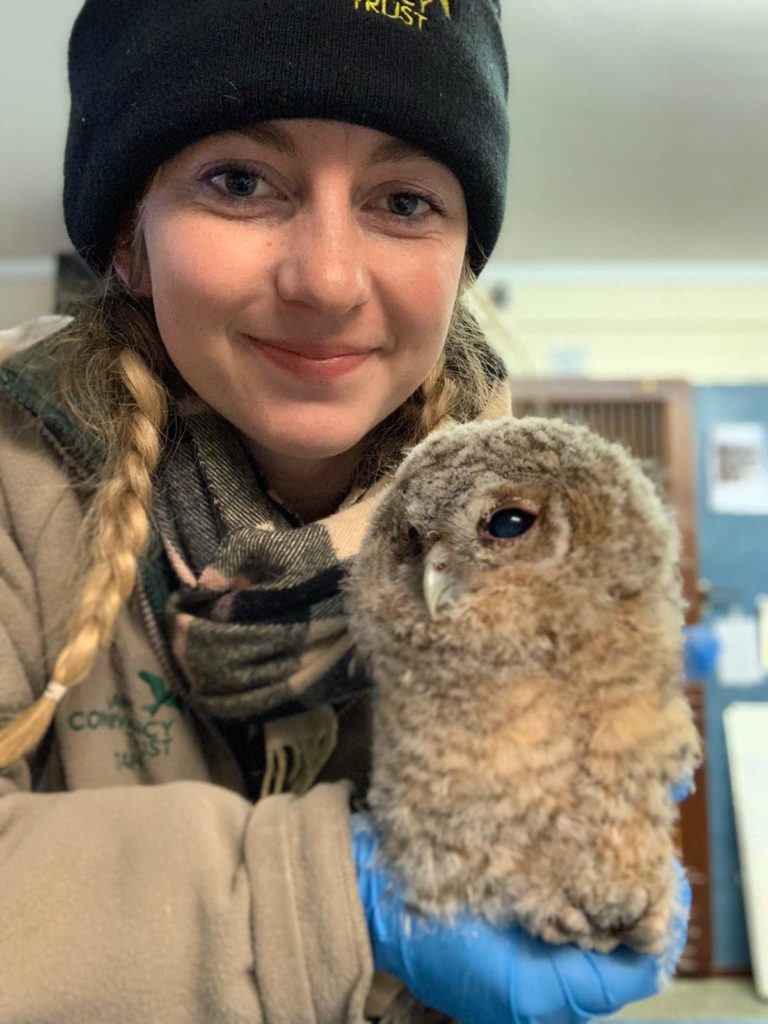 August – Towards the end of July, a young female Peregrine was admitted after fledging too early. She was monitored in a rehabilitation aviary and checked by our vet. Time was of the essence to get her back into the wild whilst her sibling was still with her parents, and we are very happy that we managed it! Thanks to a quick recovery she was able to rejoin her parents, and was flying by herself very soon after.

September – We were delighted that the Goshawk made a full recovery and we were able to take a trip to the New Forest to meet with Chris Packham and Megan McCubbin. Megan released the Goshawk back into the wild and the release featured on the Self-isolating Bird Club Facebook page! Watch the release here.

October – A second Goshawk was admitted this month. The bird had a wound on its wing which was cleaned, and the Goshawk was given antibiotics to prevent infection. Although the bird is strong, and has a good outlook, we will need to keep this bird in our care for a while as it has damaged primary feathers, which will take some time to grow back. It is important that we give birds the time and expert care to do this, so they are able to gain enough fitness to survive in the wild. Damaged wing feathers can make it very difficult for birds to fly and hunt effectively.

November – A Red Kite, which was a long-term patient with us, arriving in 2019, was finally released back to the wild! The bird had fledged with deformed growth of its flight feathers, we are unsure what might have caused this and didn’t hold out much hope that the bird would be able to go back into the wild. However, after more than a year in our care in one of our rehabilitation aviaries, and dedicated work with Cedric to build the bird’s strength and fitness, it moulted properly and regrew its flight feathers in perfect condition. After ensuring it was strong and fit enough, the kite was released back into the wild. Look at the difference in the photos below, a new bird!

December – The reduction in admissions in winter gives us the time to reflect on the year, and review the data from the birds that came through our hospital. Fewer birds tend to be admitted in winter, as it is outside of the breeding season, and many of the birds we admit during spring and summer are chicks and juveniles. We admitted 146 birds in 2020, of nine different species, 96 percent of which were Tawny Owls, Kestrels and Buzzards. We are very happy to report that more than 60 percent of admitted birds have now been released back into the wild! 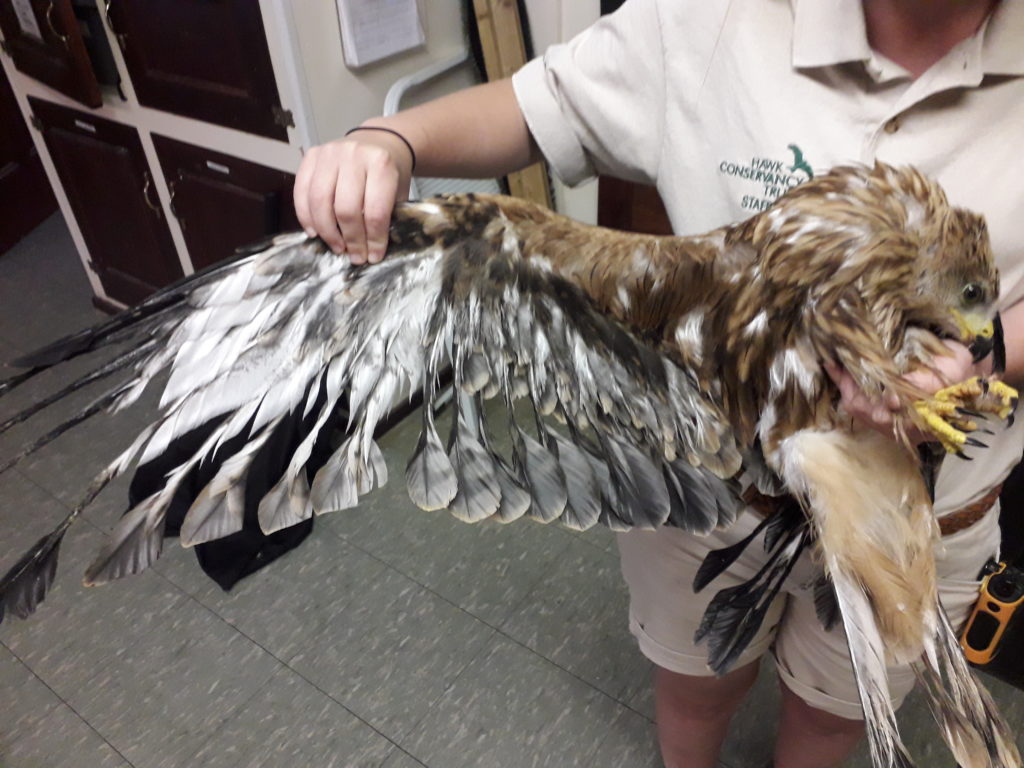 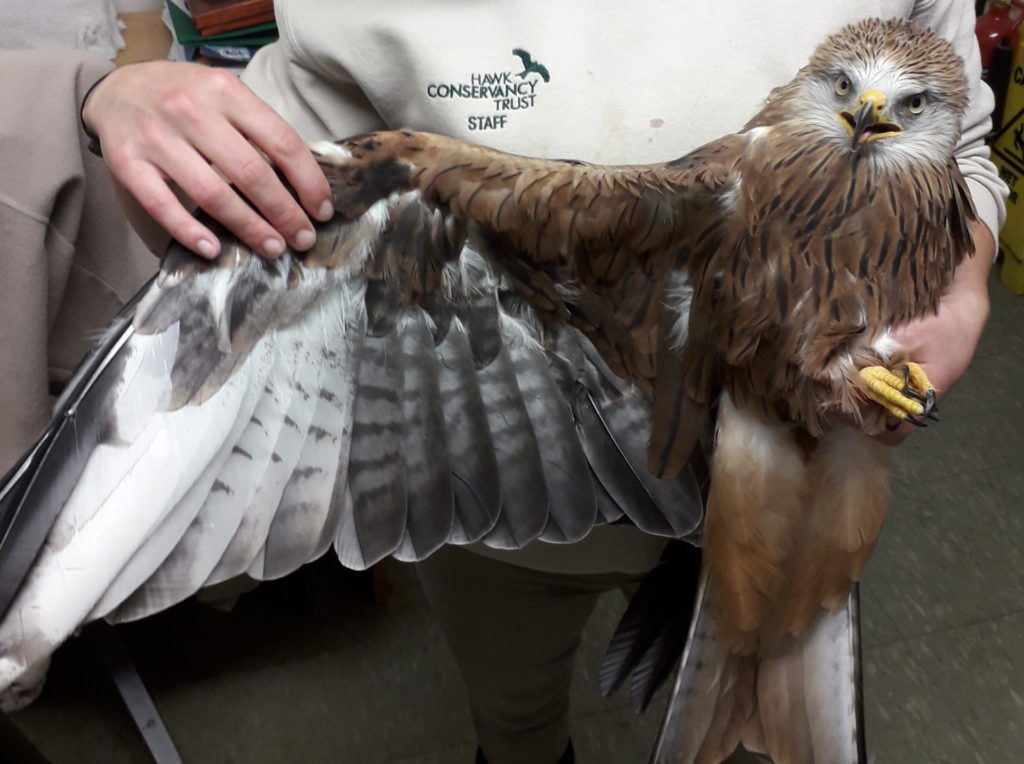