We are very excited to share an update from our Marion Paviour Award winner, Dr Georgia Jones, about her project on Kestrel diet analysis! The Trust is extremely pleased be part of this fascinating project working with Kestrels, because it aligns so well with our work on this Amber-listed species. We are extremely grateful for the generous donation from E3 Leadership Development, which made this award possible.

We caught up with Georgia to find out the latest on this fascinating project we are very happy to be helping to support:

“The Kestrel feather preparation for stable isotope analysis is complete!

What is Stable Isotope Analysis?

Isotopes are ‘heavy’ and ‘light’ variants of the same elements, where the heavy version has one or two extra neutrons. These isotopes get passed up the food chain, from primary producing plants all the way up to top predators and can be found in an animal’s tissues (muscle, blood, feather etc). The heavy versions are rarer, and the ratio of heavy to light isotopes is compared to the value in a standard reference material to produce a delta (d) value. This delta value can tell us about an animal’s diet, movement patterns and habitat use. The two most commonly used isotopes in ecology are nitrogen and carbon and are expressed as d15N and d13C. d15N increases the further you go up the food chain and d13C varies across different kinds of primary producer. 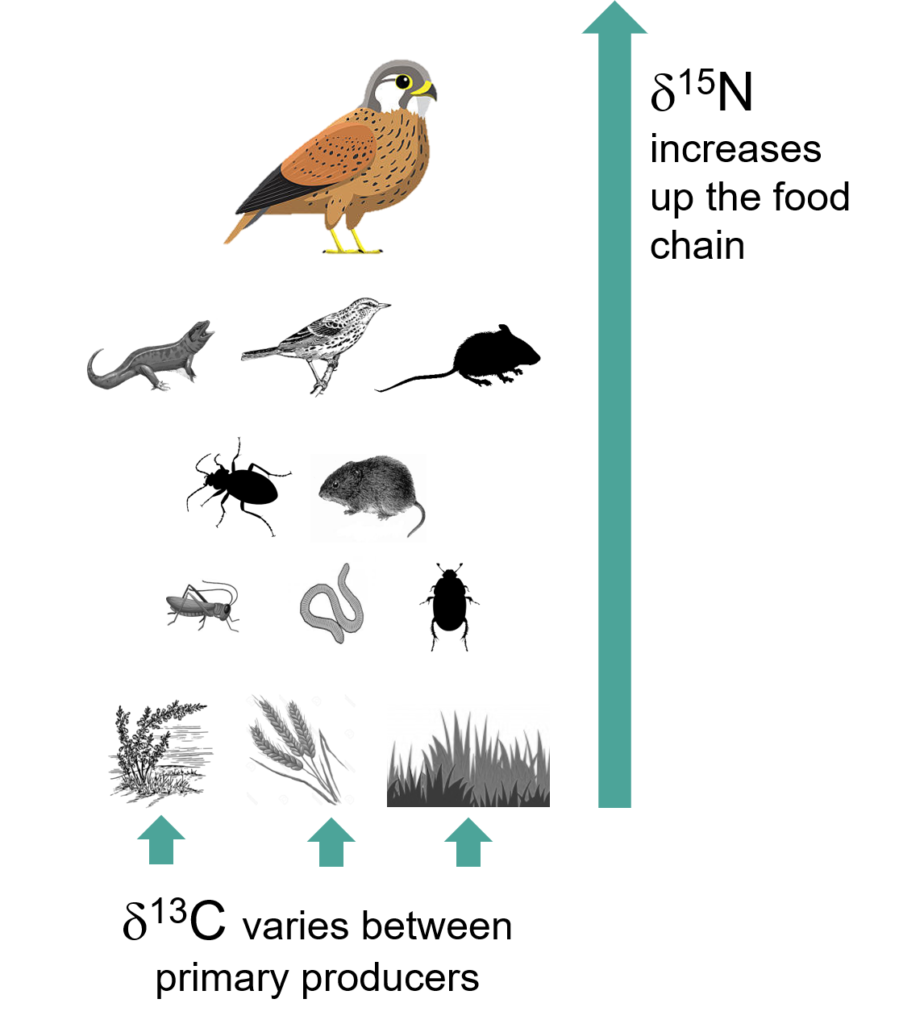 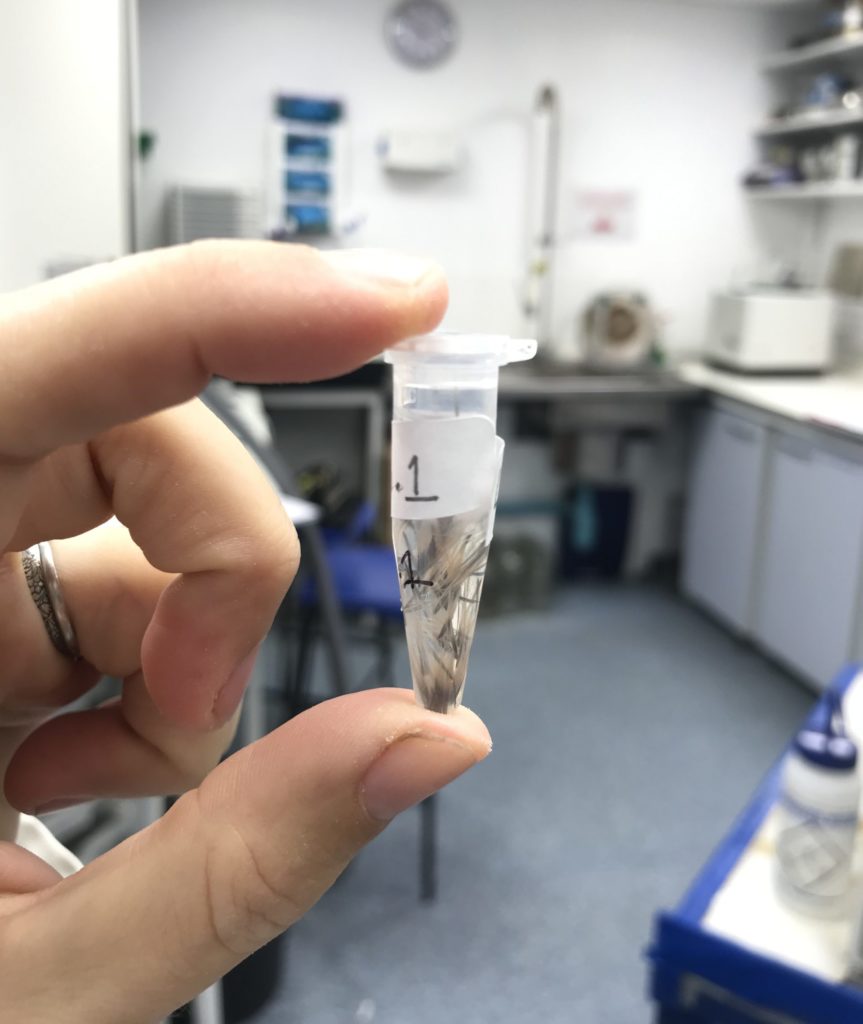 I’ve been working hard in the lab at Bournemouth University to get Kestrel feather samples prepared for stable isotope analysis. It’s quite a bit of work! The feathers were collected in Dorset in 2019 and 2020 under BTO licence. They are mostly from chicks, though some adult female feathers are included.

The first step was to take the feather clippings from their paper envelopes and place them in their own labelled plastic tube, ready for washing. Each tube was filled with a mix of ether:methanol and swizzed around on an electronic shaker plate for 24 hours to make sure that every sample was squeaky clean. The samples were then dried in a drying oven for 48 hours at 60 degrees – warm enough to dry them out but not so hot that they burned to a crisp!

Next up was the most fiddly part. I needed to take tiny snips of the feather barbules and weigh precisely 1mg +/- 0.1 into a small tin capsule. It’s a painstaking process, especially as feathers have a habit of getting statically charged and sticking to everything. Once the sample is weighed out, the tin capsule has to rolled into a small ball, making it look like a very small output for a lot of work! Now all of the samples are in their tin capsules, loaded into an ELISA plate and ready to be sent off for analysis.

The next part of the project will be to dissect the pellets that I collected from the same nest sites that produced the feather samples. Watch this space!”